The US Secret Service (US Department of Homeland Security) tried to pump up the Colombian economy and things went horribly wrong, ending the careers of three agents and leading to the security clearance suspensions of eight more.
video platform
video management
video solutions
video player
Of the 11 Secret Service members involved in the Colombia prostitution case, 3 left the Secret Service. 1 was fired, 1 retired, and 1 resigned. And the most interesting part of all, is that none of them apparently violated Secret Service rules. Prostitution is legal in Colombia. The civil dispute between the prostitute and a Secret Service Agent that set off the firestorm is not illegal either. And there are no rules governing legal off-duty behavior for Secret Service or US Military personnel.
Rule 5 Section: Photo (LINK) from the Daily Mail (UK) of one of the female companions, offered $800 and paid $30 by a (cheap) US Secret Service Agent. If the agent had just paid her, none of this would have come to light. 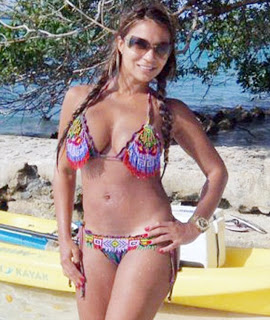 In a related story, allegedly former President William J. (Bill) Clinton offered to head up the probe of prostitutes in Colombia. As both a Democrat and a man of the world, Clinton was judged by many to be perfect to probe completely and comprehensively in Colombia. 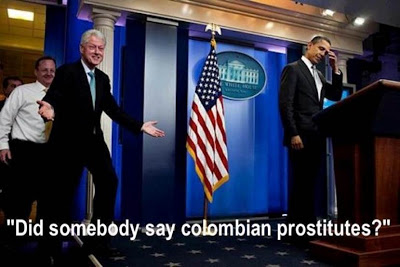