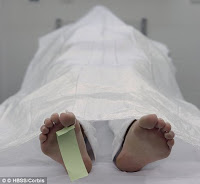 Necrophelia is apparently permitted and may even be encouraged in Islam.

Historical note from Wikipedia: Singular accounts of necrophilia in history are sporadic, though written records suggest the practice was present within Ancient Egypt. Herodotus writes in The Histories that, to discourage intercourse with a corpse, ancient Egyptians left deceased beautiful women to decay for “three or four days” before giving them to the embalmers. So there may be precedence here that dates into antiquity?

I hate to make it look as if I’m throwing stones at Islam, but the new “short time” law as a means of saying good-bye to a departed spouse is ‘sick’ by most people’s standards.

Egyptian husbands will soon be legally allowed to have sex with their dead wives – for up to six hours after their death. The controversial new law is part of a raft of measures being introduced by the Islamist-dominated parliament. It will also see the minimum age of marriage lowered to 14 and the ridding of women’s rights of getting education and employment.

No, I’m not making this up. This is something so bizarre that you simply couldn’t include it in a Tim Burton Movie and sell it to the audience.

The story continues: “The subject of a husband having sex with his dead wife arose in May 2011 when Moroccan cleric Zamzami Abdul Bari said marriage remains valid even after death. He also said that women have the right to have sex with her dead husband, alarabiya.net reported. 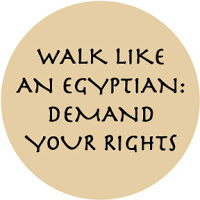 There are some who might argue that sex with a dead Egyptian (woman) is more or less like sex with a live Egyptian since over 70% of Egyptian women have been mutilated through the practice of ‘female circumcision’ and thus, there is not real pleasure in ‘sexual duty’. Maybe some Egyptian women will respond to this blog and offer their views on the matter.
A number of Islamic clerics have fallen in line with the farewell-intercourse law, so it seems that it doesn’t violate the tenants of the Qur-An. 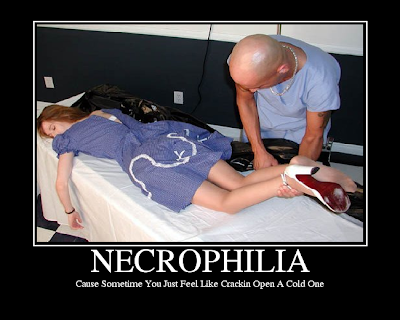 Perhaps the tag line above will become the official slogan in the new – fully Islamic Egypt?