Who Are Our Enemies? 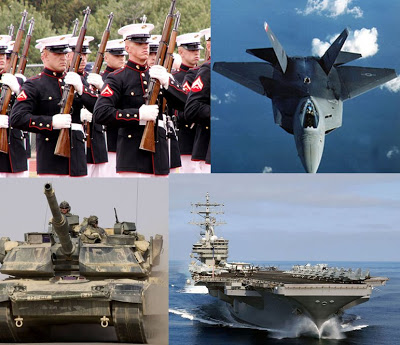 Facebook
Twitter
Pinterest
WhatsApp
This started out as a long response to NFO on my last blog on military spending. I thought that it deserved its own place as a regular blog.
Who are America’s enemies?

China – Maybe. We sure owe them a lot of money. I think that the Chinese have invested in our success rather than our failure. How many billions of dollars do we owe them? You could possibly build a land bridge from the top of the ocean to the bottom from China to the US if you stacked the currency they’ve loaned us and walk across. They want to have credible defense and want to be a genuine player on the world stage rather than a sideshow. We’ve handed them the key. Technically, the Chinese are sustaining our unprecedented military spending… since they pay a lot of the bills.
Russia – Maybe. The real question is what Russia’s intentions are. They have been beggared and for a number of years have been virtually defenseless in real terms. Nobody wanted to capture the cold country that’s 9 time zones long or to invest the effort in a rusting, failed nation. They’re selling Siberian oil and building new weapons. If I was a Russian I might feel easier that somebody was doing something to secure my defense. Do they show any signs of coming after the US or our genuine allies? If so, I haven’t seen them. 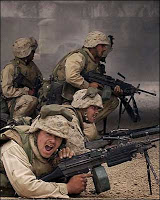 Iran – Oh Yeah. Saddam Hussein was the big hedge against Iran and we took him out. Now we have to deal with an evil fundamentalist Islamic power with a yearning to build atomic bombs and become the hegemon in the Middle East. However I see the President being nicer to the Iranians than he is to out allies in Great Britain. Does that make any sense to ANYONE (except Obama)? The Iranians are expanding and their real interests are manifest in their military doctrine that includes eliminating Saudi Arabia and Israel (and whatever lies between).
Venezuela – Oh Yeah. The Obama Administration has been swapping spit (a metaphor) with the petty dictator, Hugo Chavez ever since they swept into power. Hugo would love to be the dictator of South America and if hubris alone counted, he might just do it, but Brazil alone could squash him like an insect. Still, he’s an enemy to the United States and has shown that time and time again. Is Venezuela a clear and present danger to the US? No, but they should be on the list of places we watch very closely.
Just because somebody doesn’t play ball with the US doesn’t make them our enemies. We have a lot of economic competitors (Japan, Germany, Great Britain, etc.) who are our allies. Each nation state has a duty to its citizens to protect them and their economic interests. America and sometimes American conservatives become a bit myopic in this regard. For some time, America was the world’s strong man economically and militarily. We’re still the big dog – but how big do we need to be and are we rotting inside while we do it. Do we want to become a paper tiger, a Potemkin village? The 110th Congress spent more money than the previous 109 Congresses before it put together. Can we sustain that sort of recklessness? 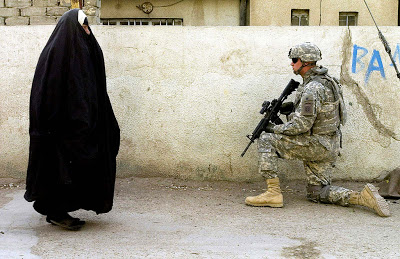 Back to the list:
With the exception of dirt holes with petty dictatorships like North Korea, Venezuela, Cuba, and the like, there is one commonality among the list of countries who would do us genuine harm – they are fundamentalist Islamic states. And in the world we now occupy, fundamentalist Islamic people living within our own borders are far more dangerous to us than, say, China is.  — Unless China stopped supplying WalMart, Home Depot, Lowes, etc. with cr@p for us to buy. Then China would be REALLY dangerous.
The military likes to pick the easy enemy – Big China, for example, because it’s big, it has manufacturing muscle and it wants it’s own sphere of influence on the planet where it can be king. It’s the same with the Russians. We can build missiles and submarines and defense contractors (and their employees in Congress) are happy. Going after an oppressive ideology is a lot more difficult. Particularly when we depend on them for oil.
Making America oil independent from those nations is do-able and would free us to do what we need to do in matters military and political far more effectively than anything else we could do today. How do we do this? — Just do the opposite of what the Obama Administration has been doing.