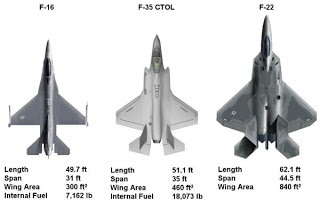 Facebook
Twitter
Pinterest
WhatsApp
What role should the United States play in the world
and how should the US military support national policies?
At present, we spend more on the US military than the rest of the world combined. Criticize me for suggesting that we rethink things if you will, but I don’t believe that the military should remain a sacred cow in an era of retrenchment in the United States.
(1) The United States Military’s job is not to perform humanitarian missions. To the extent that we’re put in a position where we’re able to help, it’s ‘nice’, but it comes down at the very bottom of the list of what they should be doing. The military should be fighting or preparing to fight the militaries of other nations or guerilla forces (such as the Somali Pirates) who interfere with American commerce or that of our allies.

(2) The country has been meddling in affairs that need to be left to others to deal with (or not deal with) in a post Soviet, multi-polar world. Communist Russia is gone. Communist China is the biggest capitalist nation on the planet and makes everything you buy at WalMart, Costco, Home Depot, etc. I do not suggest that we disarm our nation or dissolve our nuclear arsenal. I simply suggest that we decide what our vital interests are, who our allies are and aren’t and go from there. The Obama Administration has made a complete hash of this.
(3) The details of defense procurement are vast and are so politically charged because of the nation’s unemployment issue that neither the Republicans nor the Democrats want to see programs cut when it means that middle class jobs will be eliminated from the government trough. While I can appreciate this concern, ‘welfare for the middle class’ is not sustainable.
(4) We initiated the war in Iraq based on a pretext that the Bush Administration knew was false at the time. In the same way, the Johnson Administration faked the Gulf of Tonkin Incident between the USS C. Turner Joy and the USS Maddox and Vietnamese PT Boats to get us into the Viet Nam War. It was wrong when Johnson did it and it was wrong when Bush did it. American lives and treasure were subsequently spilled for NOTHING. 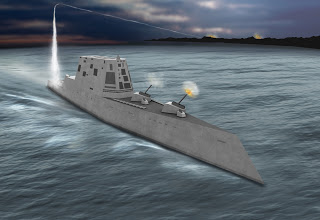 USS Zumwalt (DDG 1000) Next generation US warship.
(5) If the United States Congress wants to declare war on Fundamentalist Islam, they should do so openly – and with their eyes open, and make their case to the American people — or we need to leave Afghanistan. If we think that we’ll do what Alexander the Great, the British Empire and the Soviet Empire couldn’t, we’re wrong. It pains me to write this, but it’s how I feel.
(6) The United States needs to decide what its policy will be toward the rest of the world before it spends money on/initiates military platforms. We don’t do that very well. Currently we want to be able to fight two or three small wars at once, respond to pirates, smugglers and guerillas, and save dirt-hole countries like Haiti during the aftermath of an earthquake — at the same time. Hegemony is fine if you can afford it and we no longer can. The Haitian relief would have been better spent at home – or not spent at all.
(7) Although strategy can dictate capabilities, capabilities also limit strategy. A military with minimal expeditionary capabilities obviously will have difficulty fighting expeditionary wars. Small land forces make large scale overseas deployments difficult. The absence of counter-insurgency capabilities may reduce the ability of the military to wage long term anti-guerrilla campaigns, although it may not. This begs the political question of what the US intends to do and how it intends to pay for it.