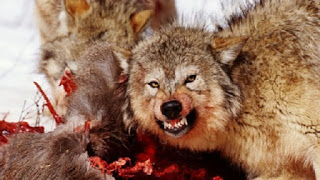 A friend of mine who served with Third Special Forces (ODA3110) lives in the general region where the White Wolf Mine is located. He inspects the building site for me from time to time and keeps the trades honest. He asked me about a month ago whether or not I had a White Wolf Mine Knife. I told him that I own more than one knife but didn’t have a dedicated knife to the place.
Today I received a knife that IS the official White Wolf Mine Knife, a one-off pattern welded blade that started off with nine layers of 1095 and 15N20 steel, folded to 288 layers. Hardened to Rockwell 60. It has a scrimshaw wolf on the grip. While it’s significantly fancier than most of my blades, which were strictly designed for combat, it screams WHITE WOLF. 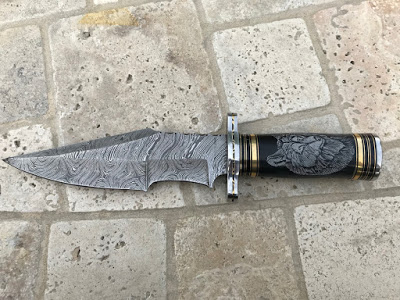 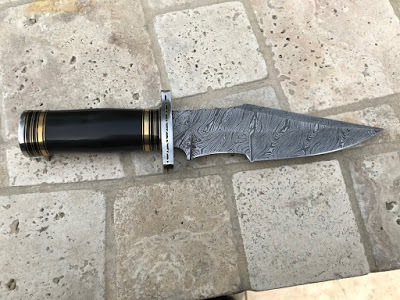 It’s one of those blades that I’ll bring out for ceremonial purposes like the thoracic cut on the first elk that is killed and cleaned on the property. Otherwise, it will enjoy a position of honor in my trophy/I love me area in the den.
CW Swanson (Daily Timewaster) suggested that I give it a name. What about Ulvens Tann (Wolf’s Tooth – in Norwegian)?