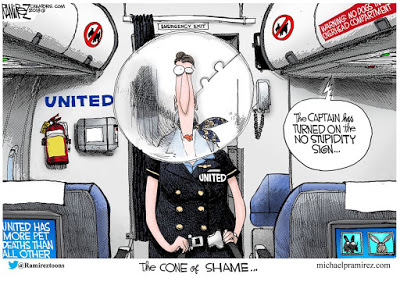 Facebook
Twitter
Pinterest
WhatsApp
Mount Holyoke College – Massachusetts
The all women school is opening its doors to men, but only if they say that they’re not. That’s the conclusion of the gender inclusion task force.

While Mount Holyoke maintains it is committed to its historic mission as a women’s college, it says it recognizes that what it means to be a woman is always changing. “Traditional binaries around who counts as a man or woman are being challenged by those whose gender identity does not conform to their biology,” the policy states.

The college formed a gender inclusion task force to assist with the changes.

But what if a normal guy lied to get in to go to school and get laid a lot? How would Mount Holyoke handle that? I find this whole progressive cant ludicrous and — if I’m being honest — it’s also entertaining. Who doesn’t find a freak show interesting when the freaks keep trying to be freakier?

This story received some traction on Fox News, where they’ve been ridiculing Indiana University. Apparently the publicity had some impact

Lake Ingle, a (male) religious studies major at Indiana University of Pennsylvania, was kicked out of Christianity class earlier this month for saying there are only two genders. He is now allowed back in.

Ingle told Fox News he was booted out of Downie’s classroom for challenging the feminist theology professor on the biology of males and females and the gender wage gap during a Feb. 28 lecture in which she allegedly asked only women to speak following a TED Talk by transgender ex-pastor Paula Stone Williams. Williams discussed the “reality” of “mansplaining,” “sexism from men,” and “male privilege.”

Downie kicked him out of class and asked him not to come back, which would have postponed his graduation if not for the college president’s decision.

I am not anti-pet. I do think that hauling your pet on the airplane with you in the passenger compartment is too much of a good thing, because others don’t necessarily want to deal with your duck, rat, squirrel, snake, turtle, dog, hedgehog, cat, etc…and we know that the pets don’t do well in the overhead compartments where they suffocate.


And before you jump my frame about seeing-eye dogs, seeing-eye cats, veteran’s PTSD pets, I suggest that if airlines want to haul pets that they put them in a compartment separate from passengers where they can bark, quack, howl, meow, hiss, etc. Charge full fare to stack the cages, etc.  And before you ask me about squalling babies, I have no problem with a ‘family seating area’. Put it in the back, board them first like they do now. Have the seats face forward and backward.

United (not my favorite airline), famous for “Chinese take-out” has killed somebody’s hound and that will cost them another million. All this could be fixed with a pet compartment. If you love your frog or your parakeet enough, pay the full fare ticket for them. If not, put them in a pet hotel, leave them with a friend, drive your car, or don’t travel.