What Will Happen? (Sunday Sermonette) 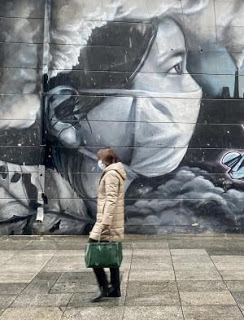 At some point, President Trump will present the evidence that 2019-n-CoV (COVID-19, or Wuhan Coronavirus) was designed/engineered. It doesn’t take a rocket scientist to figure out that the Wuhan Institute of Virology, China’s premiere research institute into viruses for both civilian and military applications had a hand in it.
The announcement will be made in the East Wing of the White House and will take the form of a press conference. President Trump will stand in front of the podium with US Army doctors from Ft. Detrick and possibly Vice President Pence flanking him.
Stocks have been falling in the US because people know that this is coming but I expect that trading will be suspended to keep it from being too bad. Maybe the announcement will be adjacent to a federal holiday so the banks have a 3 day respite?
Companies will divest themselves of Chinese partnerships as fast as they can because the ‘flu’ is one thing and a mutating, weaponized, virus with a very long incubation period – which is persistent on surfaces, is quite something else.
President Trump wants an economy that is booming for his November re-election but I see the US growth slowing as companies decide how to keep their supply chains going without Chinese participation. Countries such as Australia, which put most of their eggs in the Chinese basket will have bigger problems because the Chinese demand for raw materials and petroleum will continue to drop. 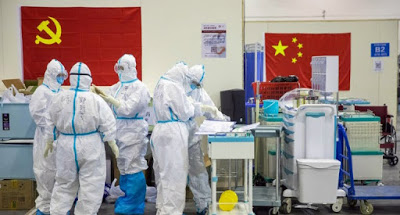 The price of oil will drop as worldwide demand slackens.
It’s coming and the only question is when.
China will survive and they may even report accurate death tolls and infection rates – one day. But those numbers won’t be forthcoming anytime soon.
Russia has completely closed its border with China. So has North Korea. South Korea has some sort of death cult that has been deliberately spreading 2019-n-CoV. It’s not a Stephen King novel. It’s contemporary world news.

(NY Times) Now, health officials are zeroing in on the church’s practices as they seek to contain South Korea’s alarming coronavirus outbreak, in which members of Shincheonji, along with their relatives and others who got the virus from them, account for more than half of the confirmed infections. On Saturday, the number of cases in the country soared to 346 — second only to mainland China, if the outbreak on the Diamond Princess cruise ship is excluded from Japan’s count.

More than 1,250 other church members have reported potential symptoms, health officials said, raising the possibility that the nation’s caseload could soon skyrocket further.

Every day the news gets more interesting but it will take a general announcement from the White House before it gets real internationally.