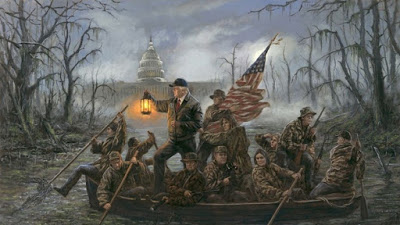 MAGA
President Trump’s approval rating remains basically unchanged since May 1. Rasmussen Reports has him at 48% approval. All of the histrionics from the corrupt, lying, elite media haven’t budged the needle. The economy is booming and people are working. That means more money and more dignity for working Americans. Unemployment is lower than at any time in many people’s lifetimes. In some categories, it’s lower than any time since we began to track employment numbers. I’m not tired of winning.

It’s not a long article. Worth a read in its entirety. Here is an excerpt.

(Boston Herald) Our media’s valiant efforts to distract us notwithstanding, information continues to seep out that underscores how badly a housecleaning is needed in Washington, D.C.

Last week saw the release of the applications used to obtain warrants from the FISA court to spy on Carter Page, an adviser to the Trump presidential campaign. Obtained by Judicial Watch, the 400-plus pages of (heavily redacted) documents support the conclusions earlier drawn by the House Intelligence Committee (and denounced by Democrats as hysteria): the FISA warrants were obtained through obfuscation and deceit.

As various commentators predicted would be proven, the bulk of the information that formed the basis for the FISA warrant applications was the “dossier” of allegations about Donald Trump’s activities in Russia. This dossier was provided to the FBI by British spy Christopher Steele. Steele was hired during the 2016 presidential campaign by opposition research firm Fusion GPS, who was paid by Hillary Clinton’s law firm Perkins Coie, who was paid by the Clinton campaign and the DNC. The allegations were scandalous and completely unverified, in violation of federal statutes and FISA court rules.

In other words, the FBI used oppo research paid for by the Democrats as justification for government spying on a political opponent and other Americans.

But there’s more. In another incredible coincidence, Fusion GPS had hired scholar and professor Nellie Ohr as a “paid Russian expert.” Nellie Ohr happens to be married to Bruce Ohr, deputy attorney general in the Justice Department. Bruce Ohr is alleged to have passed his wife’s anti-Trump research to the FBI. He was demoted for failing to disclose not only his wife’s employment with Fusion GPS, but also his own meetings with Fusion GPS founder Glenn Simpson.

Sadly, this sort of chicanery is not a one-off for the FBI.

Sometimes, you have to look at what some of the more liberal members of the US Supreme Court say to realize that it’s important that we replace them with constitutionalists.

“I would not look to the U.S. Constitution, if I were drafting a constitution in the year 2012. I might look at the constitution of South Africa. That was a deliberate attempt to have a fundamental instrument of government that embraced basic human rights, had an independent judiciary. It really is, I think, a great piece of work that was done.”  —Ruth Bader Ginsburg, the video clip of the quote above.

A person started giving me a hard time about medical insurance recently. I pointed out that I pay my own way and in terms of discretionary spending (after the taxes are extracted at the point of a bayonet, basic living costs are removed), healthcare insurance accounts for a HUGE portion of what remains. 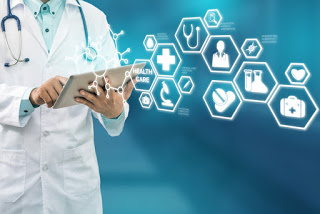 Small things such as allowing all healthcare plans to compete in all 50 states would reduce healthcare dramatically. The cost of private market healthcare in Arizona without government subsidies is $1,100 per month MORE than what I pay in California. As a result, I’ll commute to see my doctor.

Those sorts of discrepancies should not exist, but they do. I have no confidence that Congress will be able to agree on a workable solution to reducing healthcare. So I’ll make do. It’s worth saving $1,100 per month to cross the border. If CA secedes from the union, that might change the calculus.

I don’t know how Medicare changes all that, but it’s 3 years away and in the mean time I’ll do what I’ve planned to do. Yes, I could go to the VA but Arizona VA has a bad reputation. Maybe President Trump and team fixed that? But it’s a last resort for me. I don’t have a lot of wonderful stories to tell about the VA in Long Beach, CA, near where I used to live. 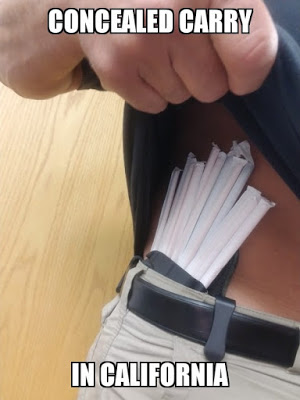