Send in the Communists to Help 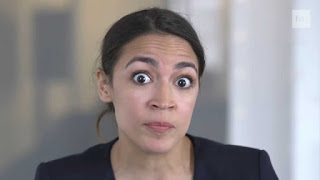 Facebook
Twitter
Pinterest
WhatsApp
Nicaragua has been following Venezuela down the Socialist utopian path for a long time, but as they run out of other people’s money to spend, it’s getting worse for them. I recommend that the US send Alexandria Ocasio-Cortez, an expert on communism and everything else, to help them through their tough times.

Maybe then, Nicaragua would see that the US only wants to help them out of the bog that they find themselves in.
President Ortega is now blaming President Trump for Nicaraguan internal instability. In an interview, he said he would not allow elections until 2021 as that would set a precedent and “open the door to anarchy.” Regarding the death toll from protests, Ortega said they were exaggerated, noting that 195 rather than 400 people had lost their lives.

Ortega appears to be copying the political tactics of Venezuelan President Maduro. Like Maduro, Ortega has resorted to blaming the US for the persistent anti-government protests and is using gangs of thugs to intimidate protestors and disrupt demonstrations.
Since mid-April, Nicaragua has been heading slowly but steadily towards a popular uprising that unseats the Ortega administration. The key variable remains the loyalty of the security forces and their responsiveness to the chain of command. For now, that remains intact.
Possibly in addition to the face of American communism, Alexandria Ocasio-Cortez*, the US could send Senator Bernie Sanders and Rep. Maxine Waters as a socialist trio representing the most progressive solutions possible? I’m sure that they could help the Nicaraguan socialist movement improve its situation.