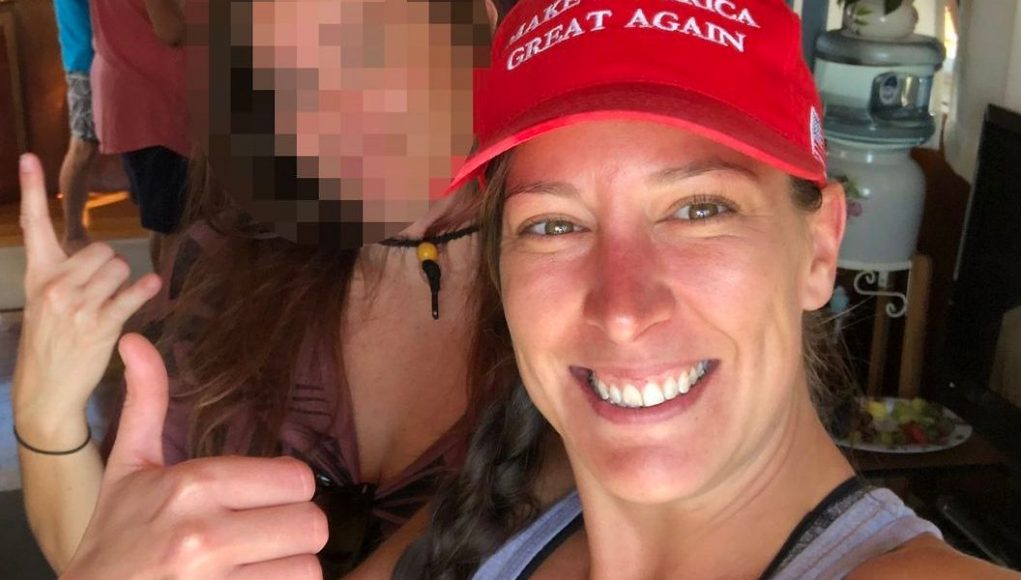 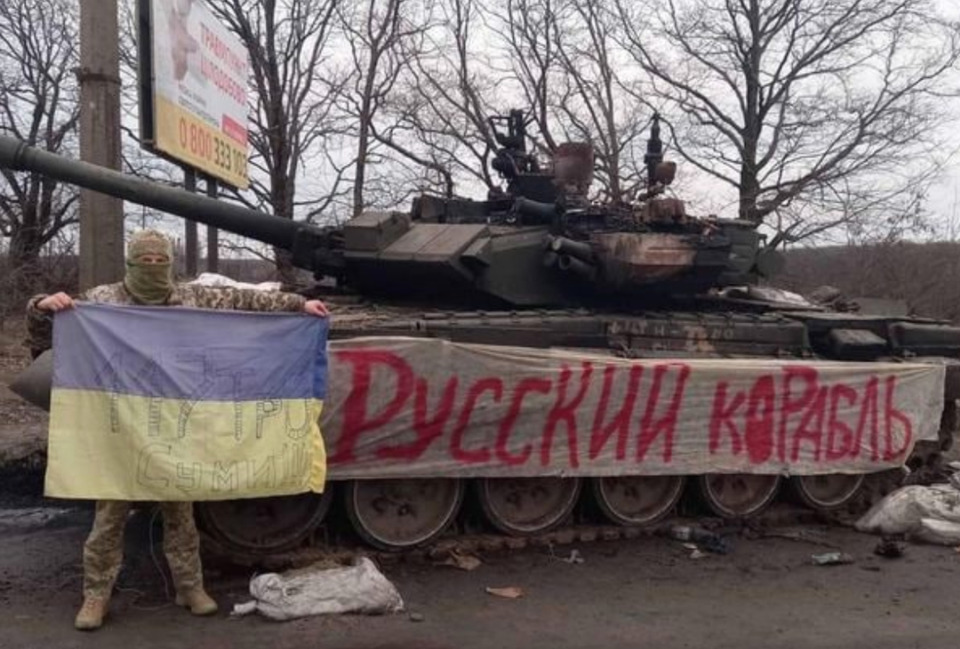 Who was Ashli Babbitt?

It’s interesting that the leftists are still howling about January 6, wherein the FBI incited a crowd and the Capitol Police opened the doors and invited people in for a self-guided tour — and that’s bad, I guess. Then a Capitol Police lieutenant murdered an unarmed woman/USAF Vet. and that’s somehow good. At the same time, they’re cheering for Mayor Beetlejuice Lightfoot who is calling for a civil war. And that’s cool.

What a sad, twisted world. 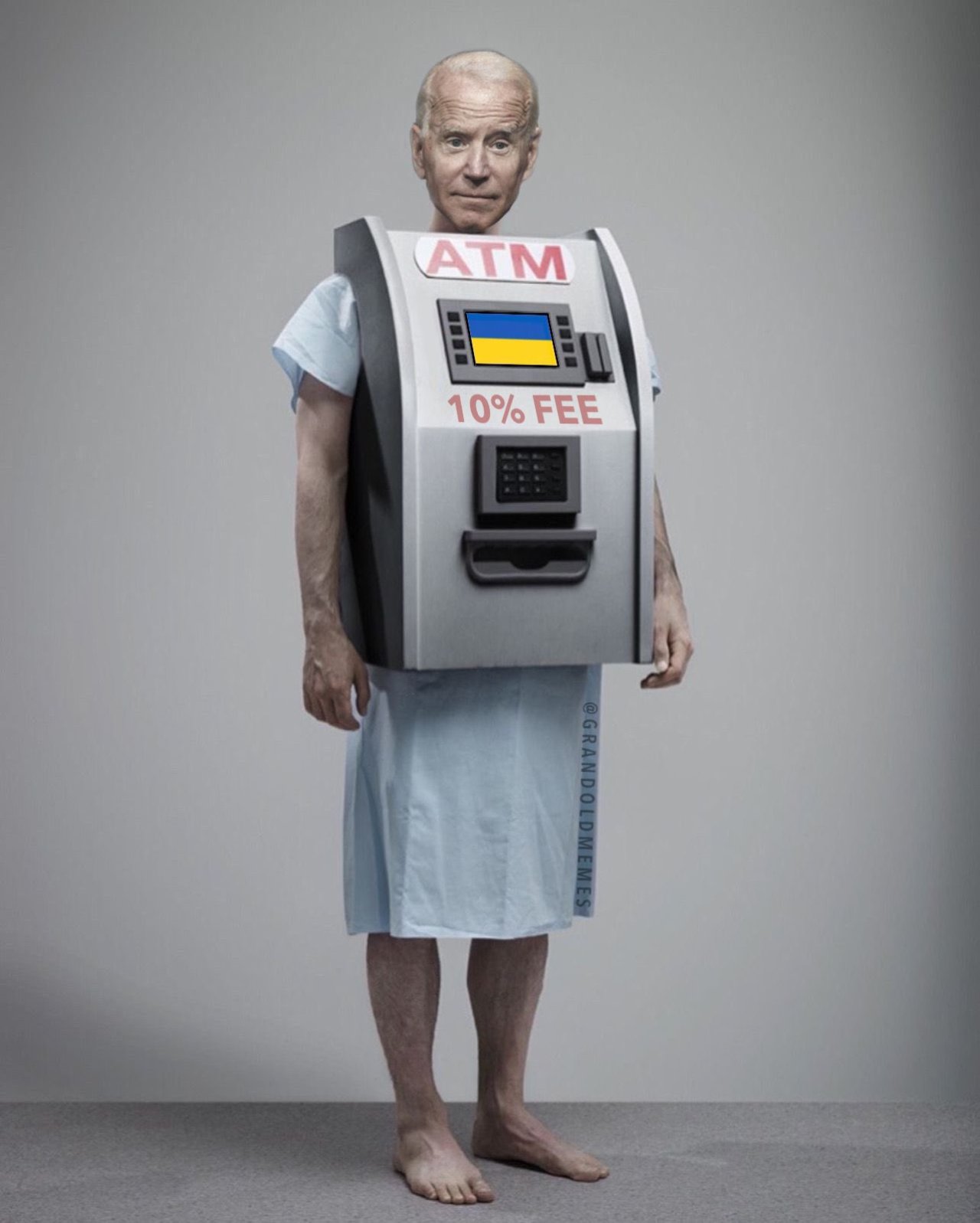 Batteries store electricity, they don’t make it. I think that the fact is lost on much of the Green Lobby. Electricity in America is produced elsewhere by burning coal, diesel fuel, uranium, or natural gas fueled plants. I had a discussion with a low information Tessla owner the other day. They didn’t seem to get it…California tourists, broken down on the side of the road, with a flat tire and an AT&T phone. Didn’t know how to change a tire and the only phones that work where I live are Verizon. I changed their tire. They browbeat me for driving a Raptor with a V-8 gas engine. No good deed goes unpunished. 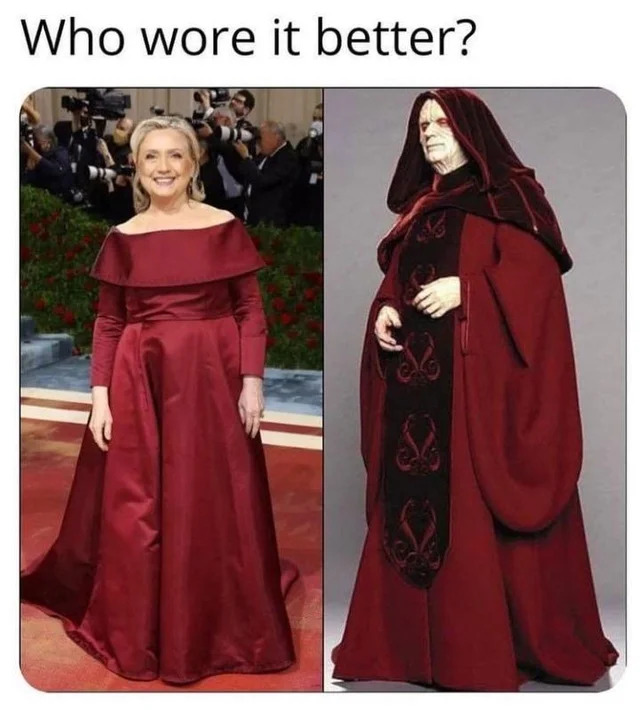 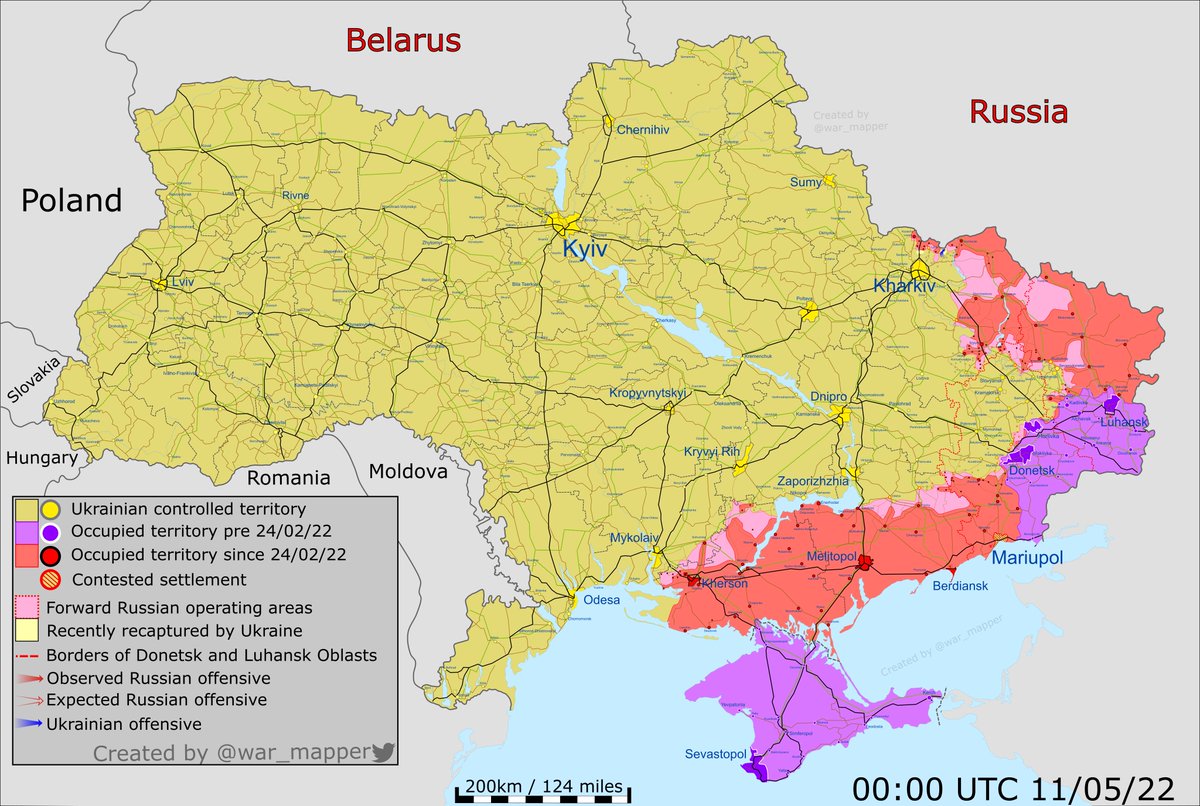 The Donbas Pocket isn’t a pocket anymore as the Russian front continues to fall back. Some say that they’re consolidating but that’s not what it looks like in any objective sense. 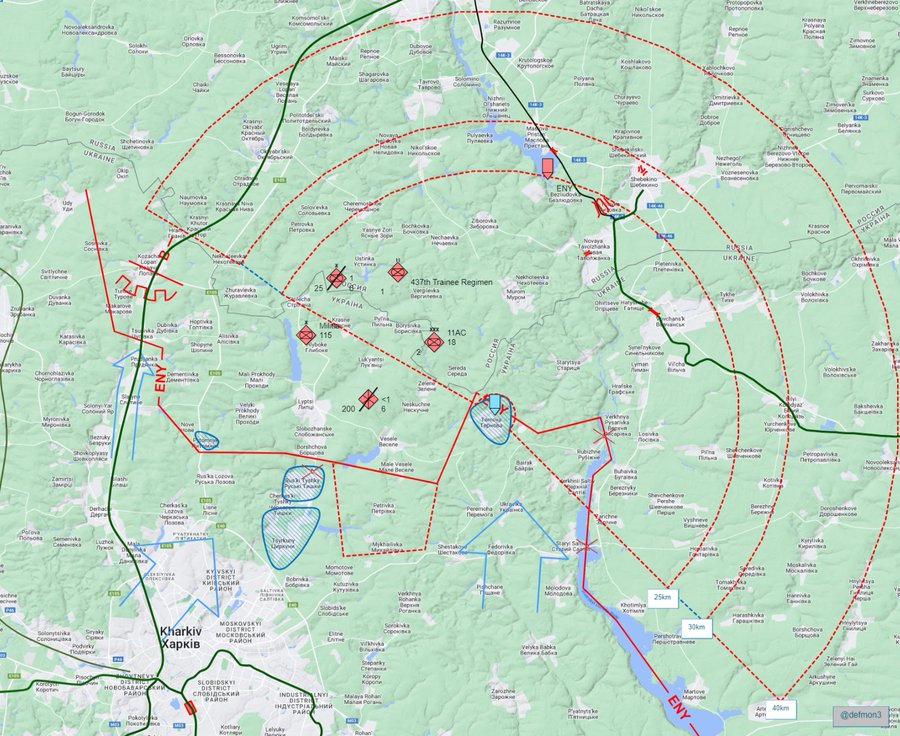 Ternova fell to Ukraine and their forces have the railway bridge by Shebekino and other key bridges in artillery range.  There is also a hydroelectric dam. They can also cover the railroad supply that the Russians depend on. 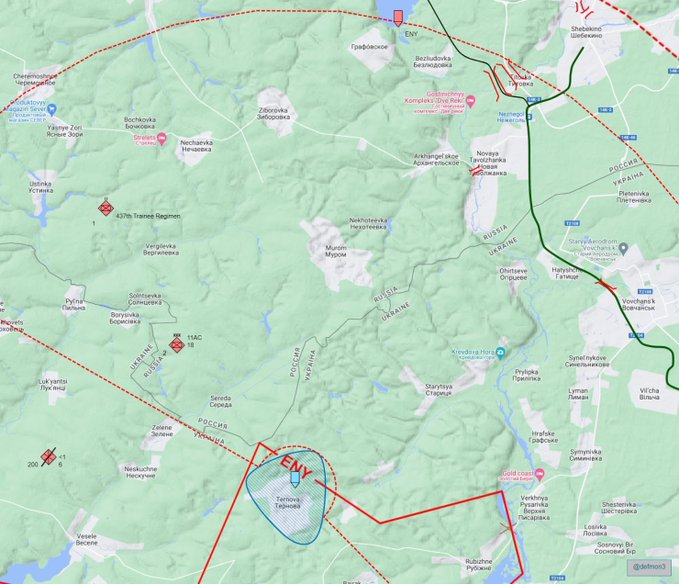 Blog readers & commenters, please advise if you find these updates informative. A great deal of what appears on this blog is guided by reader comments. 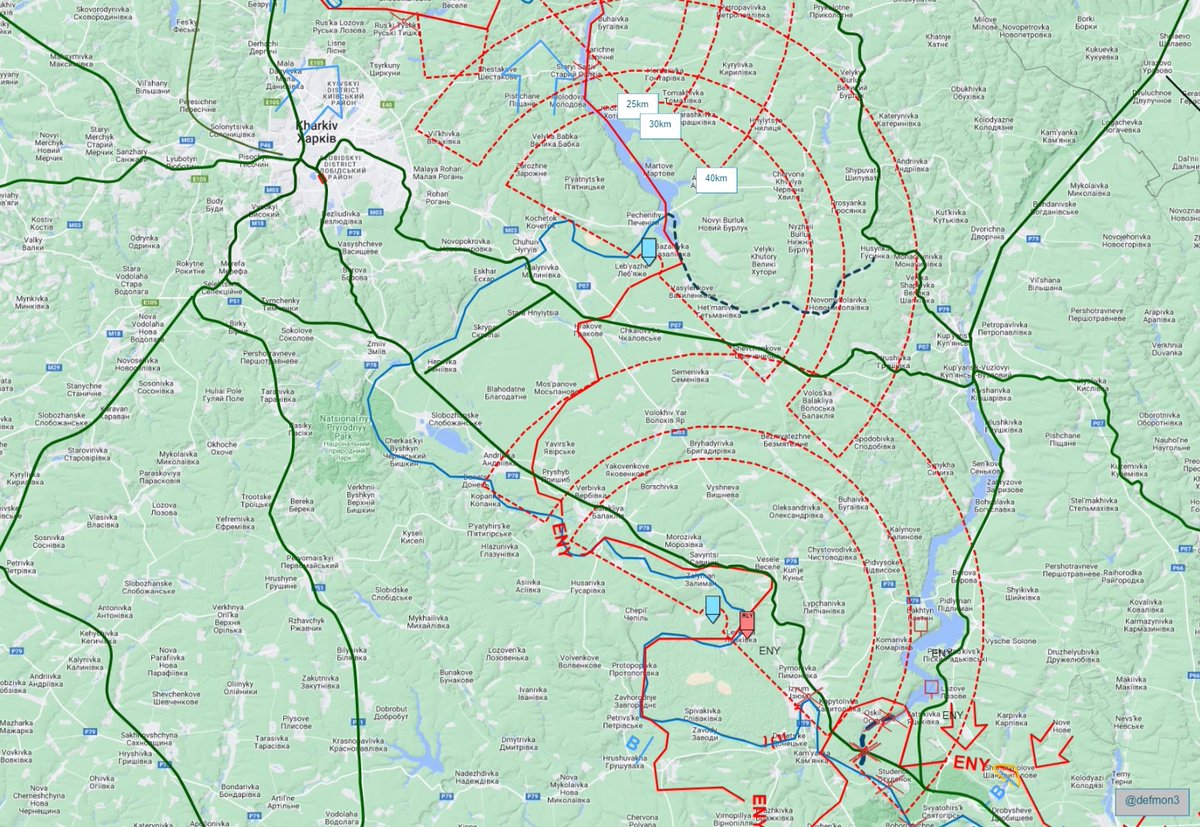 Izium is within range too. The Russian armor west of the river could be cut off if they start hitting the bridges. The only working road bridge into Izium has been repaired. These range circles may be slightly optimistic, but they represent the general capacity of the newly arrived M-777 howitzers (90 from USA, 10+ from NATO allies) in the theater.

The May 9 speech made by Putin was subdued and didn’t include mention of victory in Ukraine, nuking the US, or anything else. There is a general sense that reality is setting in.

Once Russia is expelled from Eastern Ukraine, the focus will shift south to clearing the Black Sea coastal area.  There is no telling whether Russia will consolidate by shifting the retreating forces from the East to the South. In general, they’ve been mauled and need time to reform and refit before going into combat again, so I doubt that they’ll move south. They will likely hold in place on the Russian side of the border, dig in and lick their wounds there.

Close-up of a Serbian “Sora” 122mm truck-mounted howitzer, showing its autoloader and two revolver drums, one carrying shells and the other propellant charges. 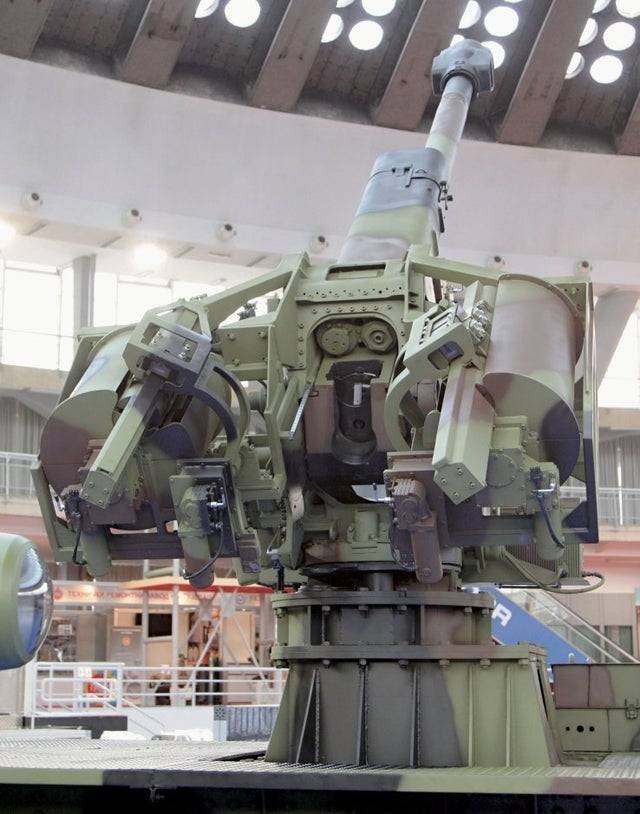 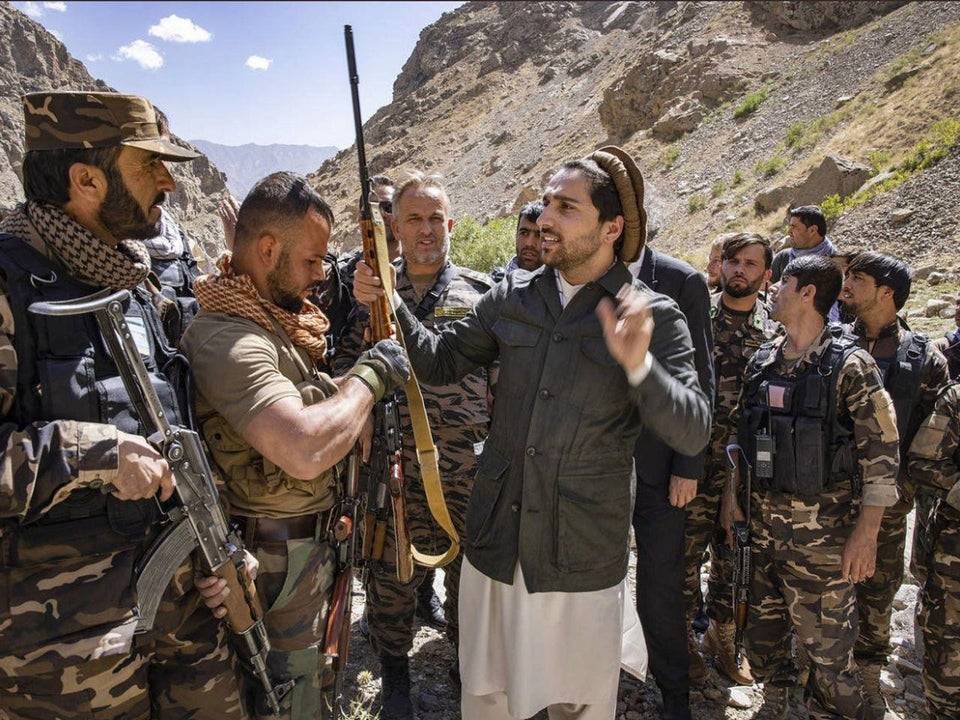 Commander of anti-Taliban resistance Ahmad Massoud in the Panjshir Valley with his troops. When asked why he didn’t flee like the other Afghan leaders, said “I’m here to follow my father’s path and gain democracy or join the martyrs who died trying, surrender is not an option.”  KIA September 10, 2001 – by assassination.

A British soldier with a Javelin MANPAD during the NATO exercise Cold Grouse of the Multinational Division Central. Denmark, Oct 1995. 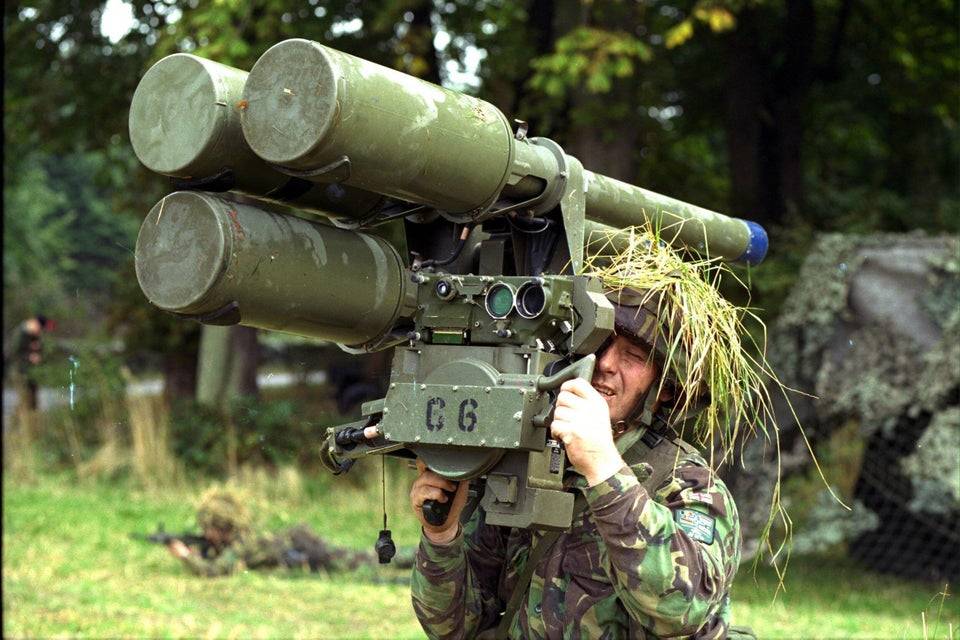 A Mexican drug cartel obtained similar British SAMs. They bought them from inventory in an “end user nation” that reported them fired in training. So it goes. Proliferation is a bitch.

The Oath of Office