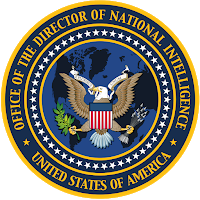 Facebook
Twitter
Pinterest
WhatsApp
Context and Precedence: When I was younger, I’d read the Worldwide Threat Assessment with great interest. It portended a Soviet Union that would overwhelm the planet, (without predicting the total collapse of the USSR). I drank the Kool Aid deep as I read and it prompted me to enter a career in government service.

The new Worldwide Threat Assessment is out.
(read DNI Coats’ statement here)
The new Assessment offers a dark and forbidding view of the world around the USA. Every continent on earth is hostile to the US. Every multinational issue poses a threat. And yet, the rest of the world knows there still is no safer haven for investment. They all still put their money in the USA. The ‘full faith and credit of the United States’ still lures them in.
The portion on the North Korean missile and nuclear programs makes short shrift of a year without provocations, nuclear tests or long-range missile launches. Few, if any, predicted such a year. Prudence counsels that negative judgments about North Korea might have profited from greater circumspection. Yes, Fat Kim still wants to have a Korean Peninsula under his complete power, but the genie is out of the bottle. Listening to Western radio stations is still punishable by death in North Korea, but the insidious nature of freedom is a tough nut for the Norks to crack forever.
Back to the Assessment. There is a lot that’s not in it. Much is not considered in their dire predictions (that justify even greater defense spending). Great powers still shape the international environment and America (and Canada) have the largest energy reserves on the planet. The balance of trade with China is coming into genuine balance, ISIS no longer holds territory, and Iran is on the brink of internal collapse as the Ayatollah holds onto power with his dirty, unclipped fingernails.
Global cooling is emerging as a threat but we can do little more about that than we can about global warming. The developing world pollutes at an unprecedented pace, but that might not have much to do with the climate.
America’s greatest enemy is America. We can’t secure our Southern Border, many want to scrap the system that made us the envy of the world, and some can’t figure out which bathroom to use. Universities don’t seem to be doing much but to reinforce that confusion. The reliability of the FBI is continually called into question as their participation in reaffirming and supporting the Deep State is revealed, as the onion’s layers are peeled back.

The problem with socialism is that you can vote your way into it but you need to shoot your way out of it.