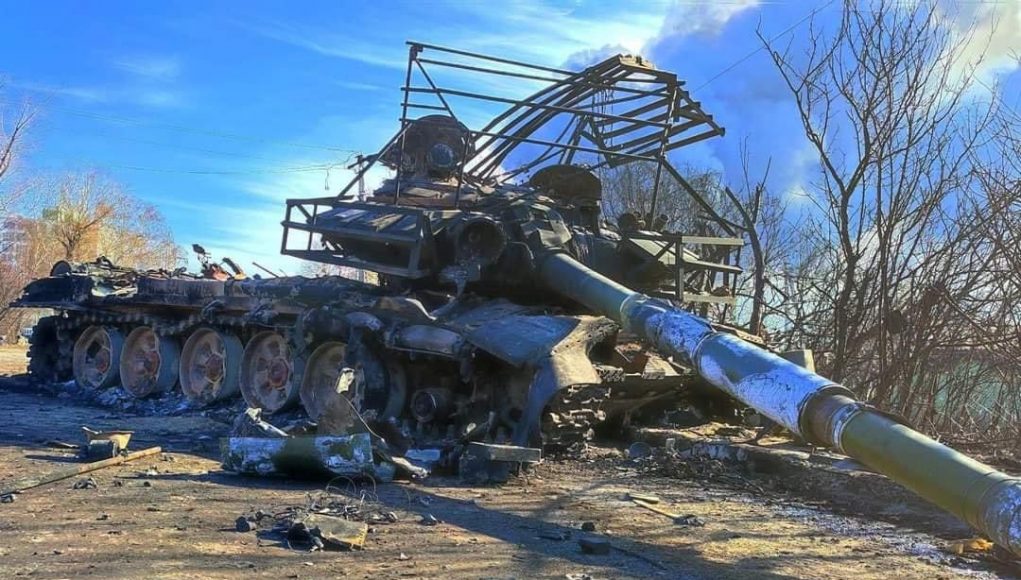 Imagine that you’re at a podium in a joint press conference with the President of Romania. Some call it the Kamela Harris Show. 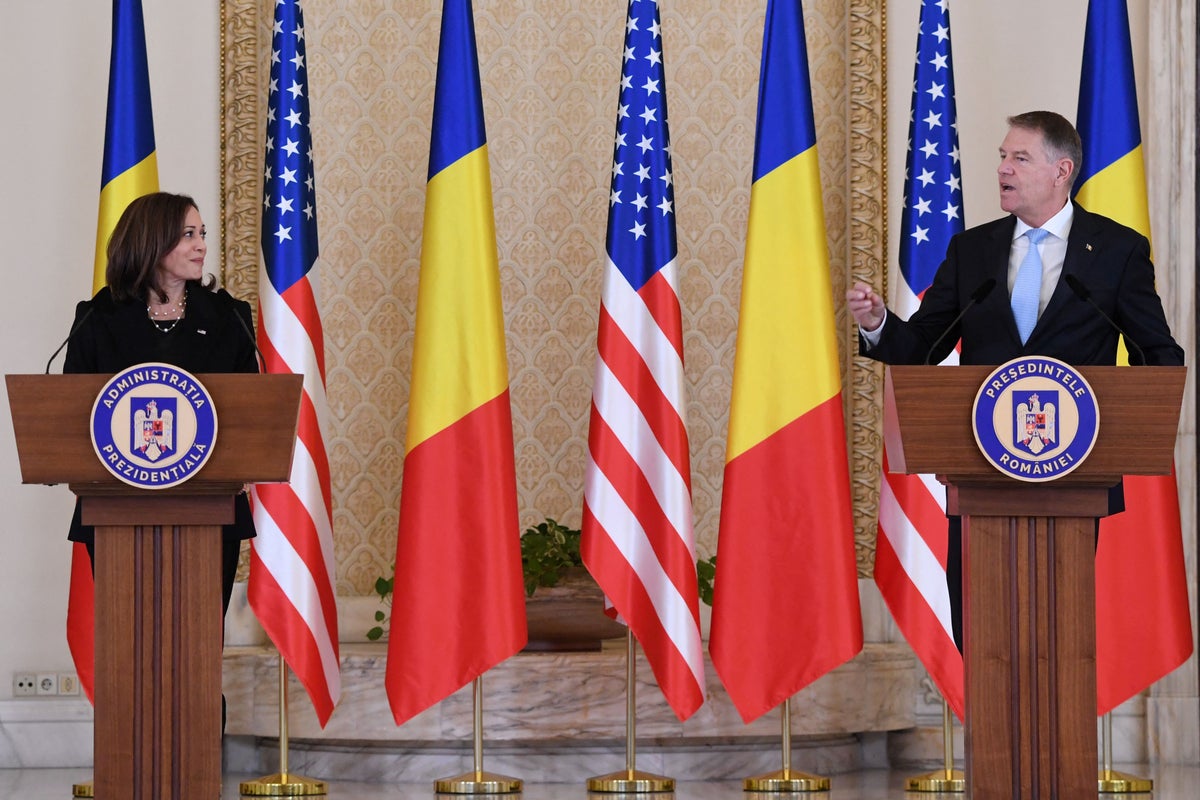 A member of the press pool asks you a specific question relating to conditions created by war and sanctions, and how these conditions are impacting the people in your home county, people you supposedly govern, by driving inflation and shortages.

The first thing that you do is attempt to defer by looking to the Romanian President with the expectation that he will answer this question for you.

When he looks at you like you’re insane and declines to answer, you begin randomly saying things that have nothing to do with the question that was asked.

How did you get here? What are you doing? You thought this was going to be just like student council and every other soft-ass job you’ve had where you could be unprepared, say stupid things, cackle, and fake your way to prominence as a token in a crooked machine. Nothing you did as a whore prepared you for this.

More from The Independent (UK).

In the Fog of War 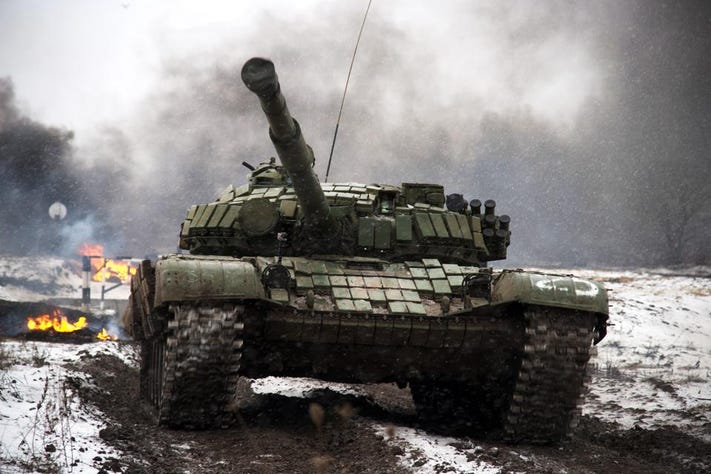 Russian equipment losses. The Kremlin claims the Russian “special operation” is going as planned and they are well on their way to demilitarizing Ukraine. Meanwhile, the Ukrainian Ministry of Foreign Affairs has claimed that Ukrainian forces have killed 12,000 Russian soldiers and destroyed over 2,000 Russian vehicles. From a high level, it appears clear that the Russian offensive has stalled, however, the actual state of each military is unclear. The website (above) has counted significantly more Russian equipment losses than Ukrainian losses: 993 versus 277. Of particular importance, it has counted losses of 465 Russian heavy vehicles (tanks, armored fighting vehicles, infantry fighting vehicles, armored personnel carriers), versus 138 for the Ukrainians. You’d expect to see attackers lose on the order of 4:1, so the numbers cited do make sense. 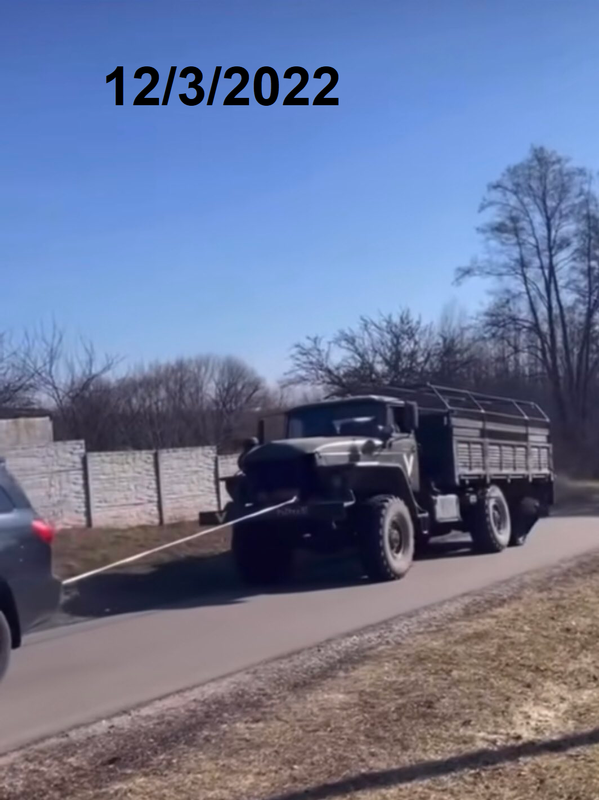 Of the 99 Ural-4320 supply trucks captured by Ukraine, most contained vital supplies, which have been re-purposed from the end-user envisioned by the Russian Army. In the photo above, a truck is being towed by a Ukrainian civilian automobile to a marshaling area. 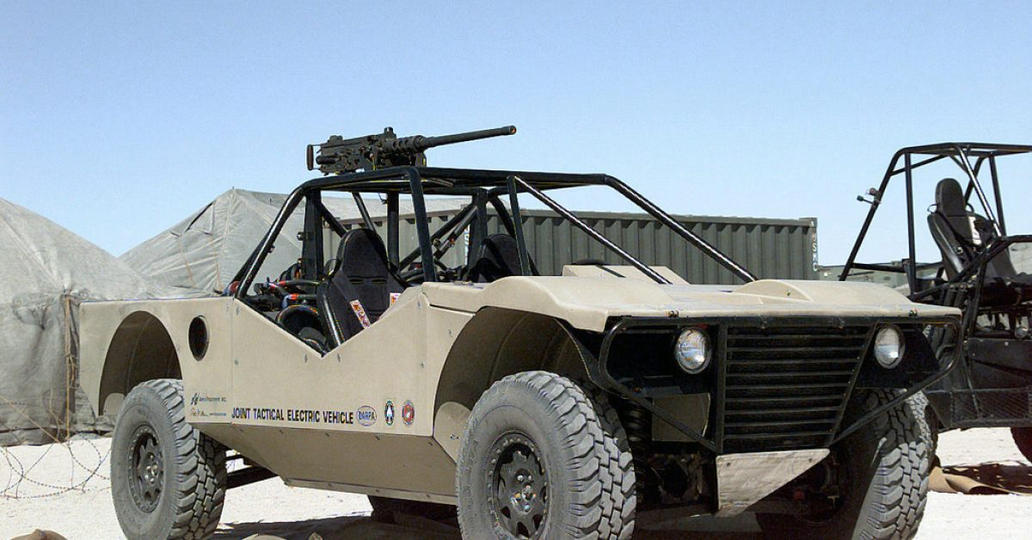 The US Army plans to have all-electric war machines by 2050. I hope that they all come with long extension cords and that the enemy never figures out how to unplug them or to cut the cord. The concept is incredibly woke. 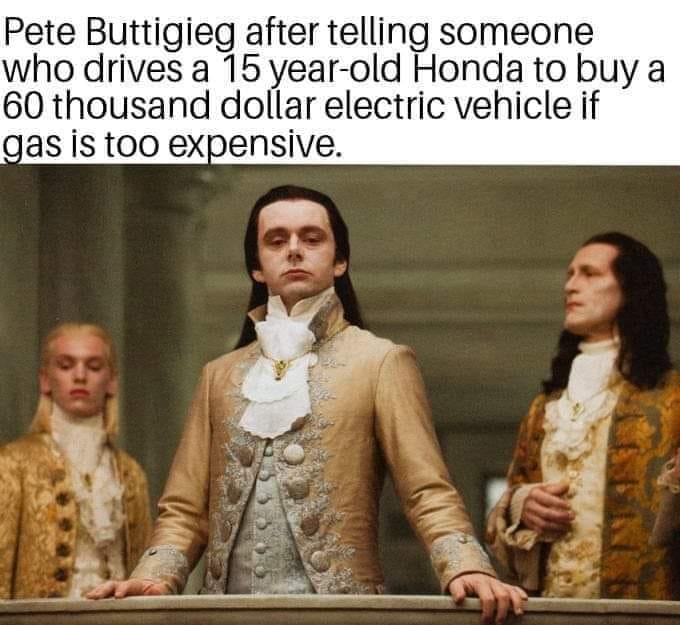 A Meme for the Monday Moment 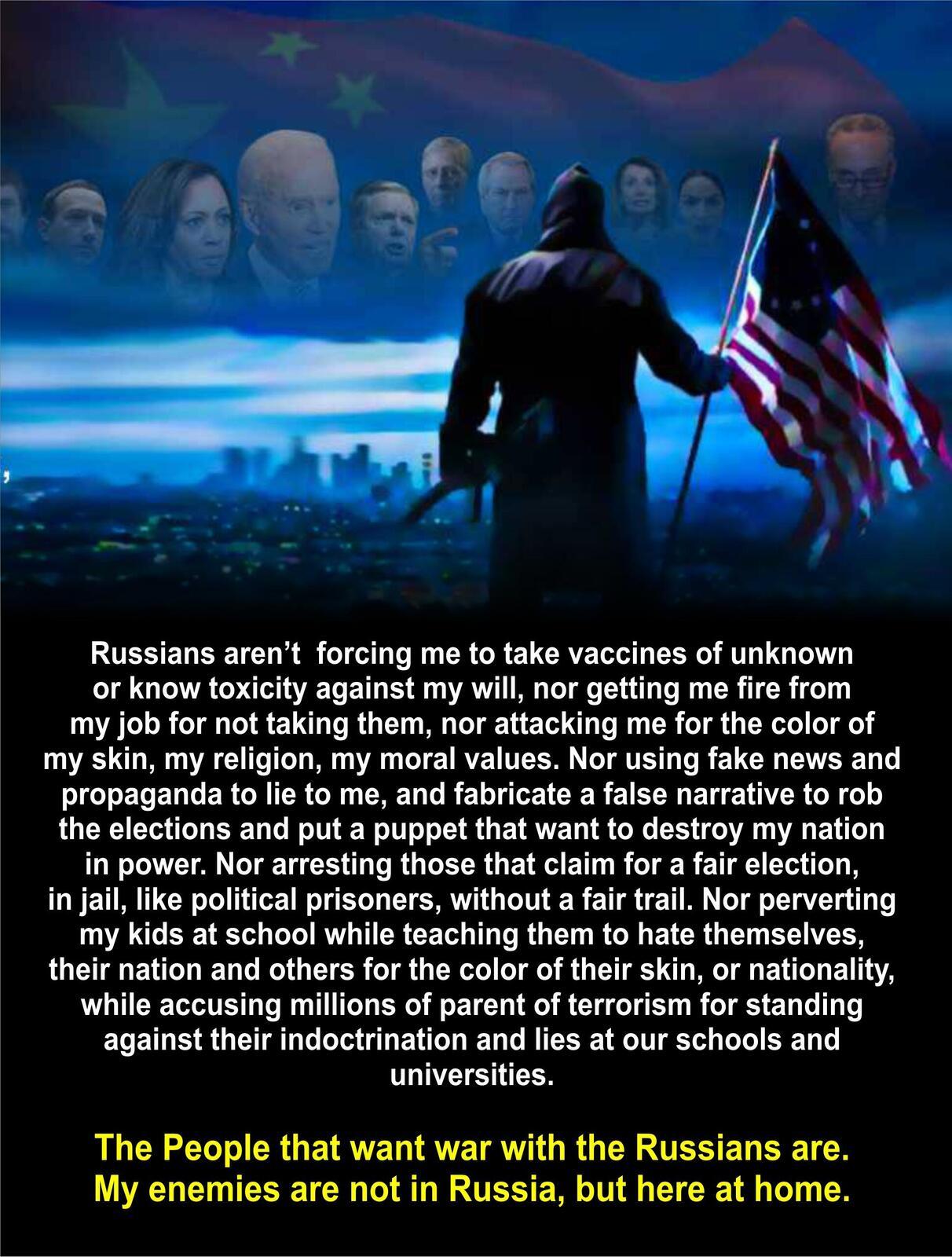 USS Queenfish is an example as she participated in several.

Commissioned: 11 March 1944 – USS Queenfish (SS/AGSS-393), a Balao-class submarine, was the first ship of the United States Navy to be named for the queenfish, a small food fish found off the Pacific coast of North America.

The first Queenfish was laid down by the Portsmouth Navy Yard in Kittery, Maine, 27 July 1943; launched 30 November 1943; sponsored by Mrs. Robert A. Theobald; and commissioned 11 March 1944, Lieutenant Commander Charles E. Loughlin in command.

After shakedown off the east coast and further training in Hawaiian waters, Queenfish set out on her first patrol on 4 August 1944, in Luzon Strait. She joined “Ed’s Eradicators”, a wolf pack that also included Barb (SS-220) and Tunny (SS-282). The wolfpack was under the command of E.R. Swinburne, who rode aboard Eugene B. Fluckey’s Barb.

Tunny had to withdraw after being damaged by an air attack, but on 31 August, Queenfish made her first kill, the 4,700-ton tanker Chiyoda Maru. On 9 September she scored twice more, on 7,097-ton passenger-cargo ship Toyooka Maru and 3,054-ton transport Manshu Maru.

ComSubPac ordered the Eradicators to assist another wolf pack (“Ben’s Busters” consisting of USS Growler (SS-215), USS Sealion (SS-315) and USS Pampanito (SS-383)), in rescuing Allied POWs who had been on transports (including SS Rakuyō Maru and SS Kachidoki Maru) in Japanese convoy HI-72. The Japanese had picked up their own survivors from the wreckage, but they made no attempt to save any survivors from among the 2,100 British and Australian POWs embarked in the transports. The submarines managed to get 127 out of the water. An approaching typhoon terminated the hunt and the patrol. Queenfish put into Majuro for refit 3 October.

Queenfish’s second war patrol was conducted in the northern part of the East China Sea. This time Cdr. Loughlin had pack command as well as ship command. “Loughlin’s Loopers” included Barb and Picuda (SS-382). On 8 November Queenfish sank 1,051-ton Keijo Maru and the 1,948-ton Hakko Maru. On 9 November, she sent 2,131-ton Chojusan Maru, a former gunboat, to the bottom.

Alerted by ComSubPac to the approach of a large convoy from Manchuria carrying reinforcements for the Philippines, the “Loopers” and another wolfpack, the “Urchins”, combined to attack. Queenfish struck first on 15 November, sinking the 9,186-ton escort carrier Akitsu Maru. Over the next two days, the subs destroyed eight ships of the convoy, including the 21,000-ton carrier and the largest of the troop transports. The attacks cost the Japanese army defending the Philippines the bulk of a division.

Having received the Presidential Unit Citation for her first two patrols, Queenfish spent her third war patrol, 29 December to 29 January 1945, in the Formosa Straits and waters adjacent to the China coast without sinking any ships.

February to 14 April, as a member of another wolf pack. Cdr. William S. Post, Jr., the senior commanding officer in Spot (SS-413), also had Sea Fox (SS-402) in his wolf pack, “Post’s Panzers”, the second of that name. After Spot expended all her torpedoes, she left to reload; pack command devolved on Cmdr. Loughlin.

On 1 April Queenfish sank the 11,600-ton passenger-cargo ship Awa Maru, killing 2003 people. The ship had been guaranteed safe passage by the United States government since she was to carry Red Cross relief supplies to Japanese prisoner-of-war camps. The sinking occurred in fog, and Awa Maru was not sounding her fog horn, as required by international treaty. The incident caused considerable controversy. When the one survivor picked up by Queenfish, Kantaro Shimoda, told his story, Queenfish was ordered back to port; Cdr. Loughlin was relieved of command, tried by court-martial, and convicted of one of three charges, negligence in obeying orders, and received a “Letter of Admonition” from the Secretary of the Navy. Loughlin survived the war, and though he never again commanded a vessel, he continued his career and eventually attained flag rank.

Queenfish spent her fifth patrol under Cdr. Frank N. Shamer on lifeguard duty in the East China Sea-Yellow Sea area. She was at Midway preparing for another patrol when the war ended.

After overhaul at Mare Island Naval Shipyard, Queenfish assumed duties as Flagship, Submarine Force, Pacific Fleet. Homeported at Pearl Harbor after the war, Queenfish returned to the Far East during March 1946 and in June–July 1949, but spent most of the period to 1950 in training operations in the eastern Pacific. In late 1947 she operated in the Bering Sea.

In February and March 1950 Queenfish took part in combined operations with units of the U.S. Pacific and British Fleets. She made cruises to Korean waters in 1951 and 1953. In February 1954 she sailed to her new homeport of San Diego. The next four years were spent operating off the west coast of the United States, with the exception of two weeks in Hawaii in late 1956. On 16 January 1958, she departed for a 6-month deployment to WestPac, returning to San Diego on 27 July to resume operations off the west coast of the United States.

Queenfish was used for the opening and closing scenes and some exterior shots in the 1959 movie Operation Petticoat.

Can you Identify this Tank? 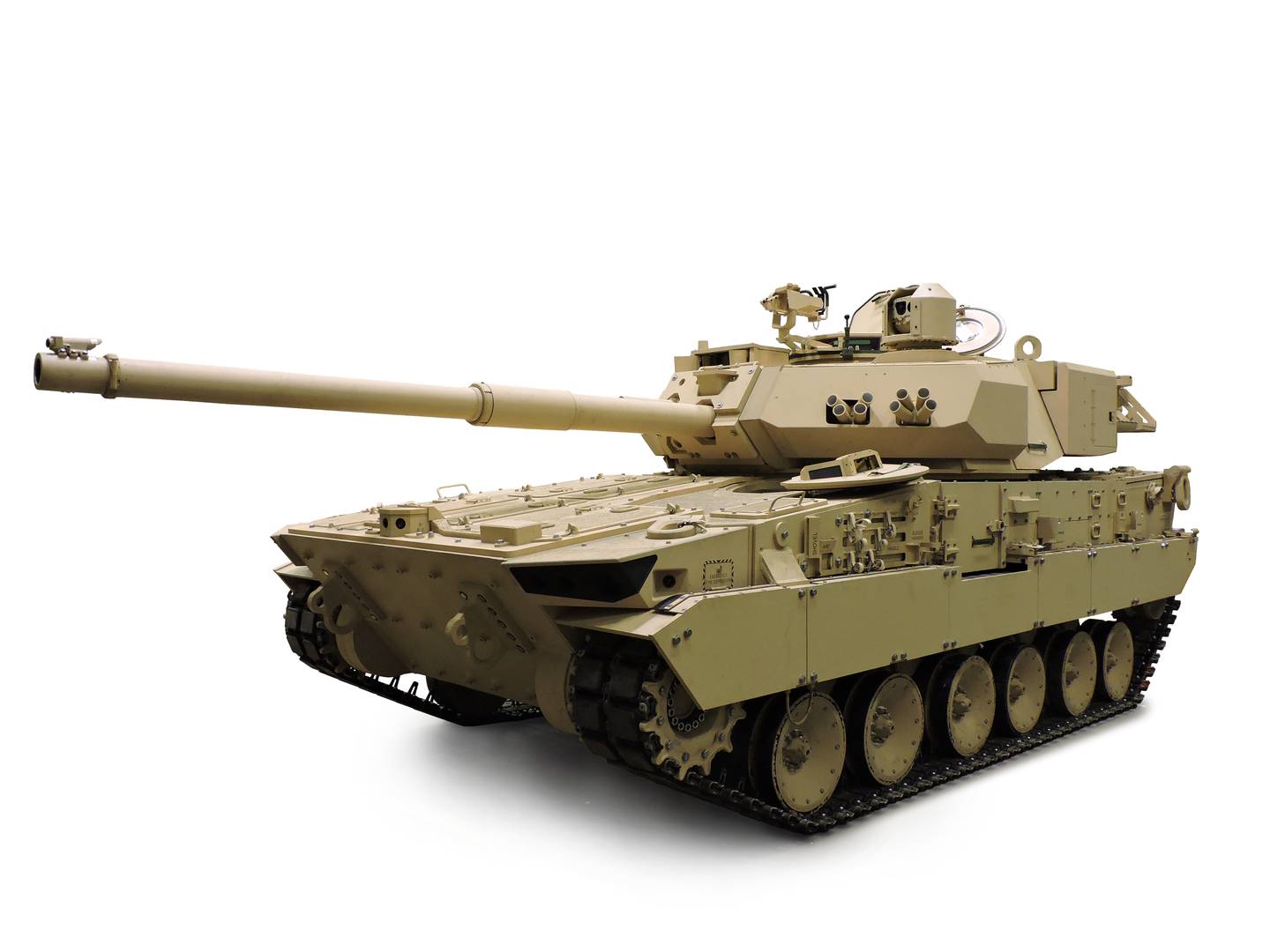 To be fair to everyone, it is a bit of a ringer. It is a limited production tank.