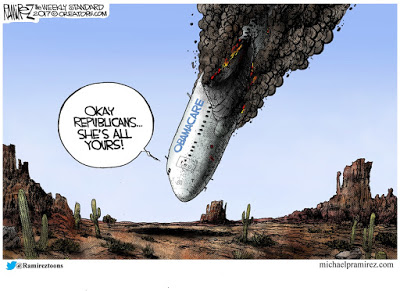 At the end of 2015, even the Democrats were conceding that ObamaCare was bankrupt. Fewer and fewer insurers were accepting it and in some states there were areas where NO insurers accepted the flawed program at all. The price of ObamaCare skyrocketed. It was just another tax and that tax money was wasted. What a surprise.
There is an option for progressives who pine for the joy of national healthcare insurance. Immigrate to Canada. They’re accepting anyone these days including terrorists. 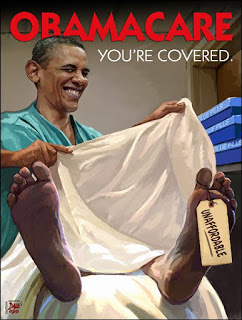 Some smaller nations with big incomes from oil and other natural resources can afford to fund generous national healthcare programs. I’m happy for them and wish them all the very best, but it won’t work in the USA. Not now anyway. It’s important for the US to have a national safety net for the poorest and most vulnerable among us, but that’s it. Charity for the lame, sick and lazy has always been available and it’s appropriate.
ObamaCare will be repealed along with the underlying tax, and what takes its place will be better with an emphasis on opening up the entire nation to all insurers (not the case now) and allow them to compete to give better service at a more affordable price. Capitalism works if you allow it to. The progs will protest and tear their clothing in anguish, but the country will move on.
Meanwhile in California, there are ads running on radio primarily, telling people that ObamaCare is wonderful, vibrant and encouraging people to sign up to enjoy the benefits. The ObamaCare outlet in California is “Covered California”. I want to reply to the radio, “Have you heard the news?” Then I realize that they only listen to the corrupt, elite, smug, progressive, self-satisfied, deceptive, nasty mainstream media, which assures them that President Trump will be impeached before ObamaCare can be repealed.
No More Black Targets?
I spent the bulk of my life shooting holes in black paper targets for a living. Now progressives are trying to change the tradition. A group of artists is urging law enforcement and the military to stop using “menacing black silhouette” targets at the shooting range, claiming they contribute to “unconscious bias” and ultimately violence against black people.

“The campaign seeks to eliminate the use of these targets, forever,” the initiative’s website says. The petition calls on the International Association of Law Enforcement Firearms Instructors to start “getting rid of black targets at shooting ranges and replacing them with variations of more diverse target designs.”

The petition references a November 2015 University of Illinois study that found people were faster to shoot black targets than white ones, and that they also unloaded more bullets into black targets. I find this interesting because I never equated shooting a black paper silhouette target with shooting a person of a particular race.
No More Black Targets did not respond to e-mail, so the editorial staff at Virtual Mirage called them and spoke with Elliot, who answers the phone. VM asked Elliot if they opposed silhouette targets that depicted terrorists (see right).
VM asked if having people shoot at red targets instead wasn’t potentially inviting them to slaughter American Indians – it’s been done before…
Elliot seemed confused when VM equated his employment with somehow opposing anti-terrorist targets. So Virtual Mirage asked him about the movement’s progress. He said that they were doing well. Virtual Mirage noted that to date the Change.org petition has garnered about 250 signatures on it. Elliott wasn’t aware but said, if true, it didn’t bode well for his minimum wage employment.
Massachusetts law has long banned the use of targets at shooting ranges “that depict human figures, human effigies, human silhouettes or any human images thereof, except by public safety personnel performing in line with their official duties.” I’m surprised that California hasn’t done that too. Maybe somebody needs to call the legislature and get them on it.
As far as I know, there is no move in either Texas, Wyoming or Arizona to ban lifelike paper targets.
The Pope Weighs In (again)

The Pope opposes the Dakota Access Pipeline because it runs across Indian land…except that it doesn’t. Never did and the Indians are upset because they didn’t get to dip their beaks into the pot of real estate money paid for other land access.

The Missouri and Mississippi rivers have over 400 pipelines of different sorts crossing under them at present and there are no problems with THOSE.

VATICAN CITY – Pope Francis insisted Wednesday that indigenous groups must give prior consent to any economic activity affecting their ancestral lands, a view that conflicts with the Trump administration, which is pushing to build a $3.8 billion oil pipeline over opposition from American Indians.

The Grand Mufti was Punked

France’s populist candidate for President, Marine Le Pen (the French Donald Trump) was in Lebanon this week to meet Lebanese President Michel Aoun, who is a Christian. She also had a session scheduled with the country’s top Sunni Muslim cleric, Sheikh Abdel-Latif Derian, the Grand Mufti.

The Mufti’s staff told Ms. Le Pen that women were required to don headscarves before entering the presence of the Mufti. Le Pen refused, and after a few awkward moments between her staff and the sheikh’s, abruptly called off the audience and left. “I consider the headscarf a symbol of a woman’s submission,” she said afterward. “I will not put on the veil.”

Le Pen is leading in the polls and is ardently opposed to more Muslim immigration into France – where they have caused a great deal of trouble and bloodshed. She’s a hard liner who wants to make France great again.


Le Pen’s timing could not have been better. On the same day that she snubbed the Muslim mufti, police arrested three suspects in southern France for plotting what they called “an imminent terror attack.” That headline, juxtaposed with Le Pen’s face-down of a Muslim grandee, will reinforce her warning that France already has too many immigrants.
Le Pen considers the obliteration of ISIS to be one of France’s primary missions. Part of that plan requires the expulsion of illegal aliens from France.