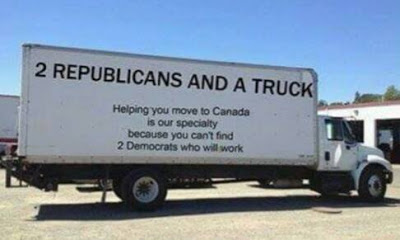 Facebook
Twitter
Pinterest
WhatsApp
There is a nagging question of whether antagonism toward President Trump is fear of accountability rather than concern over his view of the world and the nation. The words, “You’re FIRED!” are seldom spoken in political circles. President Trump, the outsider, backed by Republican majorities in both houses of Congress might actually say those words…And his administration will be marked with a drawing down of federal jobs with a hiring freeze on all non-military and non-law enforcement positions – possibly for four years – possibly longer if the Republicans retain the Executive Branch.

The Democrat Party is still bewildered why they lost the presidency, both houses of Congress, and soon the Supreme Court will shift back into a conservative dead lock that will be broken once the next justice steps down. 32 States have total Republican majorities in their legislatures and 33 States have Republican governors. The mainstream media wonders openly what happened to the brain washing that they thought their pearls were giving to America. The news articles still slash out at President Trump, but it’s a lot like being whipped with a wet noodle.

—Meanwhile, the world waits for all of the Hollywood stars to move to Mexico, because moving to Canada is racist. 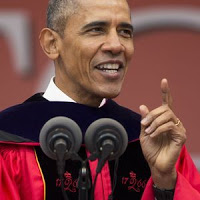 The Barack road show and farewell tour has been a one-man love-fest. He speaks of achievements during his eight years in office, but the entire US foreign policy establishment has been an ignominious disgrace. The Iraq War cost trillions of dollars and thousands of lives; Libya is a failed state; Assad still controls Syria; Iraq has been taken over by ISIS and Iran; the Russian reset has collapsed; North Korea’s nuclear arsenal has expanded and diversified; China has taken over the South China Sea; the pivot to Asia has stalled and the Filipino president has defected to Beijing. Everything the current US foreign policy establishment has touched has been a total failure and consequently America’s decline in the world has been accelerated well beyond structural trends. As Trump says, had they done nothing at all America would be in far better shape.
Back channel signals indicate that the new US Embassy may be sited in Jerusalem, to the delight of the Israelis. The Arabs won’t like it but they backed Hillary with cash and an abundance of love. Elections have consequences. To be fair, President Trump is far more pro-Israel than Barack was or Hillary would have been. A Trump Administration will seek to preside over calm and a good business environment in much of the Middle East. Maybe the Arabs are tired enough of fighting among themselves and fighting with the Jews that they’ll buy off on it (but I’m not holding my breath). 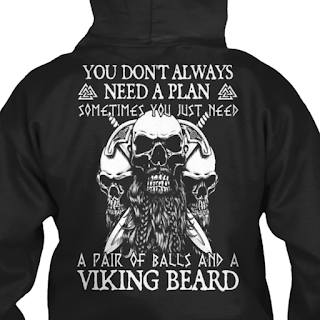 I have meetings on Friday – And then the weekend begins. I’m thinking that there may be a motorcycle run down Pacific Coast Highway in my immediate future.

Will I humiliate myself on a surfboard – fat old man on a long board? Likely not — victory. I could always ride to the Little Saigon district of Orange County, CA, for a bit of dim sum (Charley don’t surf).