The Migration and Dangerous Precedents 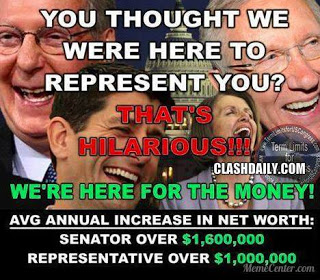 Facebook
Twitter
Pinterest
WhatsApp
From a political perspective the GOP began a year ago pushing reliable old Jeb! as the presumptive nominee of the party. He’s not that bright, would do as he’s told and he has the pedigree. Personally Jeb! was “Hillary Lite” in the sense that from a practical sense, there would be very little practical difference between a Clinton presidency and a Bush presidency from the perspective of the man on the street.
Tough times descended on the Beltway types as Jeb! imploded, goaded on by Trump, who drives them absolutely nuts! When it became clear that Jeb! was so incompetent that he couldn’t boil water, they shifted to Rubio. Here was a broke first term Senator for sale and he could recite talking points just as well as Hillary. Rubio was glib, he was young and provided an interesting contrast to the aging harridan on the other team. And he could be bought. In fact, they had to buy him if they wanted to put him in as the presumptive nominee.
And then Rubio imploded, goaded on by Trump who beat him by 20 points in his home state. The mainstream GOP had/has a problem. Money is not it. They can buy whatever they want to buy and Trump wasn’t interested in their money. He ran a 5 person campaign out of a small, spartan office in Trump Tower while Hillary had 700 employees in the Brooklyn office alone. The difference was that Trump spent his own money. What a dangerous precedent.
Then came Cruz, an unpopular prick that said what the conservatives wanted to hear. In terms of platform there was no functional difference between Trump and Cruz. The delivery was very different.  The GOP elites see their meal ticket (Party) being stolen right out from under their feet by the vulgar New Yorker and they feel helpless and afraid. I get it. But they don’t want Cruz because he’s oily and not one of their kind. Kasich is a political gadfly, being funded to filter even a few delegates away from Trump, and they don’t want him either. Trump holds rallies at stadiums. Kasich can attract fifty people at an event so his are town hall meetings and you can get a hug.

The GOP elite need to protect what they own – and if you are a Republican, they feel that they own you and your loyalty. Thus the Machiavellian maneuvering to get somebody other than Cruz or Trump as their candidate at the Convention. Mitt Romney wants it to be him, but it won’t be. Paul Ryan says no, but the Party would draft him in a New York Minute.
The migration of support that started with Jeb! won’t end with Cruz. That’s not who the GOP elites want and the only reason that they’re attacking Trump is that he’s in the lead. They’d be just as belligerent toward Cruz if he was doing better than he is.
Adrienne’s source says Colin Powell for Pres/Huntsman for V-Pres. I doubt that combo for a number of reasons. I don’t think that they’ve settled on anyone at the moment because they are in disarray. Colin Powell (just left of Hillary politically) is reliably bought, is a friend to Saudi Arabia, etc., but at age 80, he’s just a bit long in the tooth and isn’t acceptable to the GOP electorate. A nod to Powell would mean a Trump/Cruz independent party run.