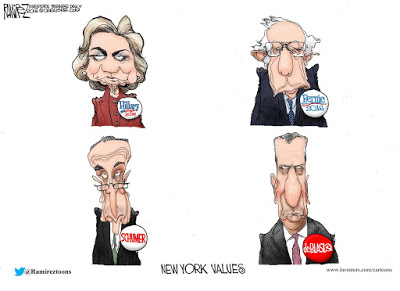 New York State of Mind
New York City is a fun place to visit and if you’re wealthy, I think that it would also be a fun and interesting place to live – unless some angry Saudis fly passenger jets into the building you happen to be in.
Unlike a lot of people who are conservative, I don’t hate New York City. Since Up-State is largely conservative, I have a lot in common with people there who bitterly cling to God and guns. It’s a beautiful, historic place. 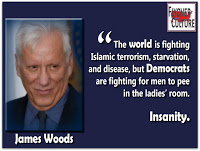 The New York Primaries are high on the list of things to blog about and I’m going to get that out of the way before I gripe about other things. The Trump victory in New York was completely predictable and to me portends a similar victory in the Atlantic seaboard and in California on June 7th. It will bring him to the Convention about fifty votes short of an outright win, and the GOP Elites met today on Capitol Hill to try and decide who they are going to push on the Grand Old Party, since they hate Cruz just as much as Trump. I think that they should breathe life back into Jeb! He can be our nominee. If not him, Mitt…, both proven losers. Maybe they’ll nominate their favorite shill Reince Priebus to be president? Why not? He’s not a Bush but neither has he ever run for public office, which should make him an “outsider”. They will contend that the public will swallow that if they still believe that the Benghazi attack was the result of an internet video that nobody in the Middle East ever saw.

All of you out there who believe that Trump must be stopped have to know that the GOP elites will not hand it to Cruz either.

Does this mean that there will be urinals in ladies rooms from here on out? What if a tranny wants to take a whiz and the stalls are all occupied by conventional women (as opposed to the “new womyn)? He either drops the snake into the sink and lets fly or people put urinals into ALL restrooms. Remember, gender isn’t an XX/XY thing anymore. It’s what you think you are at the moment. The woman of the year is a crazy 65 year old man, after all…who always wished that he could dress up like a woman. And loves his courting tackle too much give it up for the full tranny experience. His ex-wives and kids are so very proud.

Tax Time
The American tax code has the top twenty percent of families paying eighty-eight percent of all taxes paid (Newscom 4/18/16). Forty-five percent of all households pay no income tax at all. (link) When you factor in “earned income credit” – the bottom twenty percent receive a windfall of money that they didn’t earn coming back through the vehicle of income redistribution. You pay nothing in and get $10K back in your “tax refund”.
Bernie Sanders earned $206,000 last year and paid 13.4% in taxes while most in his income range pay 15%. If Bernie lived in California he’d have paid over 20% because of state income tax, but he doesn’t.
Both Sanders and Clinton want to hike taxes on the “rich”, which means the middle class, to distribute it to high propensity Democratic voters, and to keep the US-Mexico border open to bring more people in who will feed on the system and vote for them and for their friends.
A flat tax with no deductions for anyone, that impacts everyone is considered blatantly unfair to the like of Sanders and Clinton. Does that mean that the chumps (those of us who do pay taxes) will rise up and demand change? No, that’s unlikely given the lowing nature of the bovine voting population.

I feel that I was raped this tax season and nobody even offered me a hot towel. But I still paid. 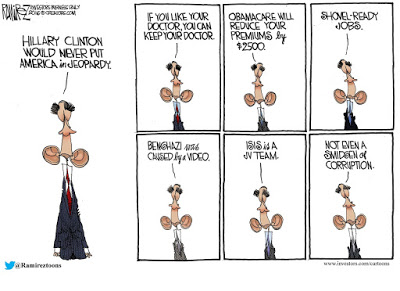 The big legacy that Barack gave to his public is broke and the pull-out of United Healthcare hammered home the last nail in the ObamaCare coffin. Even if Hillary or Bernie win, they’re going to have to raise taxes more than they have projected to cover ObamaCare. Free healthcare isn’t free.

Barack is a politician, which means that he’s a liar. He’s a narcissist and that means that he loves his reflection in the mirror above all. So how will he deal with the ObamaCare collapse? He won’t do anything – but he will blame Bush, or Trump, or whoever. Sort of the same way that he blames the police for 1000 shootings in Chicago (far more than in Beruit) in the first quarter of 2016.