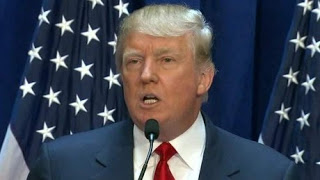 Facebook
Twitter
Pinterest
WhatsApp
The Hillary Clinton campaign is anemic and is in danger from a number of different things as it rolls through the first quarter of the 2016 election year. I have heard that it’s possible that in the unlikely event that she’s not indicted by the Department of Justice, she is considering taking on Bernie Sanders as her choice for vice president.  It’s one of the only ways that she could keep the Democrats who ‘feel the Bern’.
As many of you who read this blog from time to time know, I think that the Clinton machine will be broken on the back of Hillary’s criminal conduct. That would leave Bernie as the presumptive Democrat Party nominee — but the mainstream will never let that happen. And the Dems will feel the Bern as that party tries to reconcile even more blatant gamesmanship to put somebody (likely John Kerry) into the Hillary slot.
However as f-ed up as the Democrats are, I find the fear and loathing on the part of the GOP Elites even more interesting as they make common cause with the mainstream media to try and ‘stop Trump’ at all costs. Truth told, the GOP elites would far rather see a John Kerry or a Hillary Clinton in the White House, because it would be business as usual and everything would be for sale.
It is that open disdain by our betters in the GOP and the voice of the progressive left (the mainstream media) for Trump, which makes him appeal over Cruz, who is married to Goldman Sachs. I’m not saying that the likes of Mitch McConnell or anyone else inside the Washington DC Beltway likes Cruz. They don’t. But Cruz can be managed with some difficulty – and enough cash. The driving force behind Trump’s appeal is that people are sick of and intensely angry at all politicians, establishments, and circumstances that have placed them in the midst of the sorry state of affairs extant today. There is a discontent with the political correctness that is shoved down our throats every-single-day and Trump represents a relief from that.

While Trump is not a gifted orator, he has a way of capturing the media (making it his bitch) and making people listen.  People who have met him and who know him well consider Trump to be a decent, intelligent, likable person who has the ability to hire the right person to fix the problem. Therein lies his threat to the elites, and to the ‘system’ that they corrupted (and feel that they own). The very fact that the GOP created the “never Trump” despite the fact that he is the leading Republican candidate is telling. They have created a movement to destroy their front runner. When has that happened before? Never. That is their stance because Trump will “fire” people who are inept irrespective of their connection to the GOP. The idea of him shrinking government terrifies them.

(American Thinker) “…I’m embarrassed by the way the party is handling him…. They seem to be oblivious to the millions of people he’s attracting….[He is]…not afraid to negotiate with anyone….He is extremely win-oriented….[and] people underestimate Trump’s ability and cunning. He has brought to the fore important matters like immigration and jobs in a way that can no longer be ignored. So he will bring sharp focus on the issues he can exploit, and influence others to take positions and actions”…

I cannot imagine a scenario wherein anyone but Trump can beat Hillary. In the unlikely event that Cruz gets the first-ballot 1,237 delegates, I do not see a path for him to 270 electoral votes, and Trumpsters will stay home if Trump is in any way denied the nomination for an establishment choice. 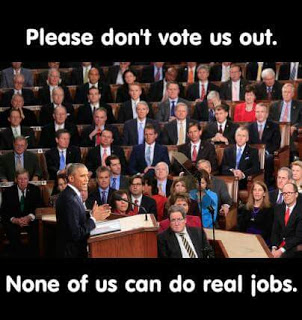