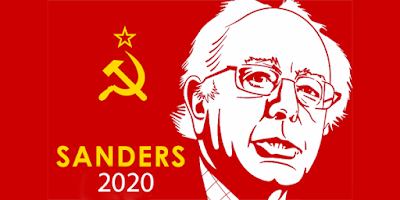 Facebook
Twitter
Pinterest
WhatsApp
I am not one who watched most of the Democrat debates with much interest, but the slugfest last night was a lot like watching a NASCAR race (with no American flags) that has a lot of pile-ups. So it made interesting viewing. I’ll share a few thoughts on it, even though many of you, dear readers, might have seen the same thing.
Billionaires don’t like to have their asses kicked and Bloomie/Mini-Mike got a taste of what his $400 million spent on ads bought him so far. The other donkeys really hate him. The question of whether they hate him (Old – White – Billionaire – from New York) more than President Trump is up for grabs at the moment. I would venture a guess that they hate him AS MUCH as they hate President Trump.
It’s hard to imagine how the first debate for the former New York City mayor could have gone much worse for him. Bloomberg didn’t have adequate responses for either, leading to excruciating exchanges that ended poorly for him.

“A billionaire who calls women fat broads and horse-faced lesbians — and no, I’m not talking about Donald Trump — I’m talking about Mayor Bloomberg,” Warren said. “Democrats will not win if we have a nominee with a history … of harassing women and supporting racist policies like redlining and stop and frisk. … Democrats take a huge risk if we substitute one arrogant billionaire for another.”

Later, Warren came back for more, demanding that Bloomberg release women who have worked for him from the nondisclosure agreements they signed. After several rounds of back and forth, Bloomberg ceded the exchange with an eye roll. He paid good money for the silence of many women, who have signed non-disclosure agreements and he’s not going to re-open Pandora’s Box. The other contenders found that chink in his armor and they’re going to exploit that to the max. Bloomie is uncomfortable with that.
The question is whether or not Mini-Mike is still the “great white hope” to defeat the communists (Sanders and Warren) and hold the Party together. Warren and Sanders came out well ahead of him in the debate even if he does have $60 billion. Maybe somebody needs to find him a box to stand on.

Is the Democrat Party going to morph into the National Socialist Worker’s Party with Bernie and AOC leading the charge (with Warren in tow, trying to sound relevant)? That’s certainly what it looked like to me last night.
A lot of mainstream Democrats are uncomfortable about coming out of the closet as full blown communists.  Maybe they need to form another Party and take the RINO’s with them?
Meanwhile, the Trump rally in Phoenix last night had to turn away twenty-three thousand people. There wouldn’t seem to be any venues large enough for a Trump rally. I had thoughts of attending but didn’t want to camp overnight for three days to get a seat, and that’s almost what it took.
Joe Biden held a rally in Las Vegas yesterday and sixty-eight people showed up. He looked feeble and desperate during the debate. He talked a lot about Barack, who continually distances himself from corrupt, sly, old, creepy Slow Joe Biden.
Perhaps the most telling moment of the debate was that none of Sanders’s five rivals said that the person with the most delegates going into the convention should get the nomination, an indication that they’re spoiling for a convention fight even if he comes in with the lead.