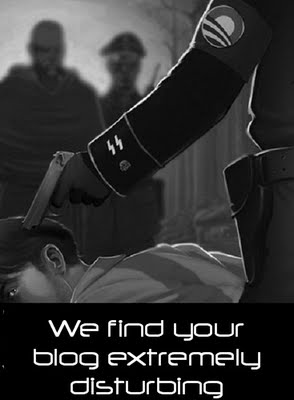 This is what I’m reading around the Internet

The best thing that you could possibly do if you’re operating on the fringe of legality is to become a born-again Obama supporter. Under this regime it brings certain privileges (wink-wink)! IRS on your back? No problem.

Now the FBI and ATF are in on the act? There has to be something suspicious about a woman who wants to start a movement to reduce voting fraud in America…maybe she’s racist or has something against the dead rising to cast their ballots?

Some say Tea Party applications for tax-exempt status averaged 27 months for approval, while those from liberal groups averaged nine. In one extreme case, according to the Washington Post, the IRS granted the Barack H. Obama Foundation tax-exempt status in a speedy one-month timeframe.

Yet some conservative groups waited up to three years, and some still haven’t received approval. There can be only one reason for this. The IRS was trying to put them out of business.

I realize that President Obama is impatient to shove his agenda through and the ongoing scandals are creating a problem for him.

...the report says. “[A]ll cases with Tea Party, Patriots, or 9/12 in their names were forwarded to the team of specialists” between May 2010 and May 2012, the inspector general found.

A June 2011 briefing cited by the report indicates that in addition to the flagged terms, the IRS singled out groups whose policy focuses include “government spending, government debt or taxes” or “[e]ducation of the public by advocacy/lobbying to ‘make America a better place to live'” or groups that “criticize how the country is being run.

As bad as the IRS scandal was, with the taxing body of government using its unequaled authority to intimidate and harass the president’s political opposition to aid his re-election, it got worse with the news that the IRS official, Sarah Hall Ingram, who served as commissioner of the Tax-Exempt and Government Entities Division from 2009 to 2012, is now serving as director of the IRS’ Affordable Care Act division.

Religious leader Franklin Graham disclosed that two organizations he leads – Samaritan’s Purse and the Billy Graham Evangelical Association – were notified in September 2012 that the IRS would review their tax-exempt status, which he wrote was evidence of the IRS “profiling” religious charities as well.

This is the pattern that I’m seeing.

(1) Use the IRS to stall or stop any conservative groups from filing for 503 (c) (4) tax exempt status.
(2) Use the IRS to attack/audit all political enemies repeatedly, keeping them on the defensive and forcing them to pay hundreds of thousands of dollars to defend themselves.
(3) Use the IRS to attack/audit christian charities that do not support the Obama Agenda.
(3) Use the US Department of Justice (FBI and ATF) to harass and intimidate anyone considered to be a “patriot” — new code word for domestic terrorist. (op cit MAINFO, above)
(4) Use the Environmental Protection Agency to harass and intimidate groups suspected of conservative leanings. (Virtual Mirage)
(5) Push Immigration Legislation through Congress to get more hispanic voters on the rolls in an effort to expel conservative legislators from office and regain a majority for the Democratic Party.
(6) Reward compliant media outlets and PUNISH any non-party line reporters to include adding them to the ‘enemies list’. In addition to the AP scandal, there is now a Fox News scandal where James Rosen is now “a co-conspirator” for working up the Benghazi scandal.

(Fox News) “We are outraged to learn today that James Rosen was named a criminal co-conspirator for simply doing his job as a reporter,” Clemente said. “In fact, it is downright chilling. We will unequivocally defend his right to operate as a member of what up until now has always been a free press.”
The case has also caught the attention of Congress. Sen. Marco Rubio, R-Fla., said in a statement Monday he was “very concerned” about the reports of “possible criminal prosecution for doing what appears to be normal news-gathering protected by the First Amendment.”
He added: “The sort of reporting by James Rosen detailed in the report is the same sort of reporting that helped Mr. Rosen aggressively pursue questions about the Administration’s handling of Benghazi. National security leaks are criminal and put American lives on the line, and federal prosecutors should, of course, vigorously investigate. But we expect that they do so within the bounds of the law, and that the investigations focus on the leakers within the government — not on media organizations that have First Amendment protections and serve vital function in our democracy.” Has the US Justice Department read the Bill of Rights — or is it that they don’t care?