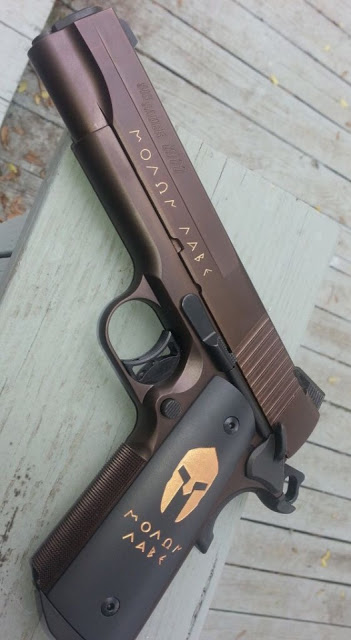 The question for politicians is simply this. How badly do you want it?
And are you willing to take it one round at a time?
We know the answers to those two questions. The political class including Mini-Mike Bloomberg are not going to put their lives on the line to take anything. Isn’t inspiring to have leaders like that who want to set policy without being at the tip of the spear?

There was a time in history when leadership required anyone who wanted to be in charge to say, “Follow me.” But we don’t see much of that anymore.

Of course, those charismatic souls who led the way didn’t always last that long. But you could respect their attitude and that was the point.

Free people are armed. It is the only way to gain freedom and to retain it. Slaves are definitely NOT armed. (Look at the Spartacus rebellion in ancient Rome)

I wonder how long the citizens of communist China would remain under the yoke if they had weapons parity with their masters? My sense is that – not long.

As soon as the US forgets that lesson sufficiently, it will cease to exist. And our elite masters are CONTINUALLY striving to disarm us, to insure that we don’t have defensive measures.