The Bethlehem Star and the Wise Men 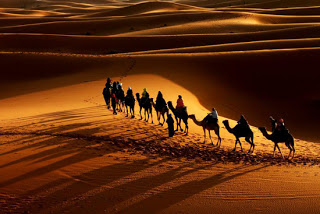 Facebook
Twitter
Pinterest
WhatsApp
Framing the Story of the Three Wise Men
The dome of Heaven — the stars in the night sky — represent a vast celestial clock. Their motions, the time that it took for light to arrive and their mechanics tell the story of the places that exist within the universe. Our piece of it is very small indeed.
Before we lived in vast cities, populated with electric light that out shown all but the brightest stars, mankind looked and wondered. They took note of celestial events and they learned to read the clock with remarkable accuracy. We know of crude astronomical observatories that were built by many cultures and those remain in Chichen Itza, at Stonehenge, in old Babylon (much of it bombed out now) and the remarkable pyramid of Cheops at Giza.

Men, learned in the movements of stars, predicted the birth of Jesus Christ, who had been foretold to be born King of the Jews and they traveled to Jerusalem after the event to meet and bare witness of what they had seen. They didn’t arrive to witness the birth, but possibly as much as twelve to eighteen months afterward. In the Bible, Mathew Chapter Two tells us that they arrived “In the days of Herod”. There were not three politically correct and racially balanced wise men. A caravan crossing the desert likely was composed of camel tenders, cooks, soldiers, artisans as needed and perhaps traders as well that usually joined travel ventures. So it was that their arrival in Jerusalem aroused notice.

Herod, a vassal of Rome, who ruled by their sufferance, invited the travelers from the East to visit and asked them of their mission. They explained.

“Where is he that is born King of the Jews? We have seen his star in the East and are come to worship him.”

There are rumors of a messiah — there are always rumors of a messiah in the Roman Province of Judea because the Jews are not particularly happy paying tax to Cesar. The Jews are looking for physical deliverance from their Roman conquerors.
Herod went to his own astrologers and they had heard such a prophecy and in Mathew 2, we learn that they had heard of it. Apparently it’s common knowledge among the learned. Herod is not learned. He’s a politician — a rich man intent on growing richer. A powerful despot who wanted to keep hold of his power. Having received his answer, Herod asked the wise men when the star appeared. Timing is important to Herod, as the story comes full circle.  The men explain that the stars aligned somewhere less than two years previously.
Herod asked whether or not they found the boy that would become King of the Jews. The wise men say that they have not. Herod instructed for them to come to him and tell him when they had found the child so that he could worship with them.
Now
there is a shift in the narrative and the “star in the east” stops being an
actual star or astrological collection. It becomes a metaphor for revelation from God.
After the conversation with Herod, they are taken to the Jesus — a toddler by then, they worship
him and bring him valuable gifts, which will support his family while they are
raising him.
The
Dream in Arabic culture is very important. We see this time and time again through history. Likewise with the honest and faithful wise men  from the east, they are told in a dream not
to tell Herod what they have found and experienced. They leave Jerusalem,
outwardly still looking for He who was born King of the Jews and returned home.
Herod
has a problem on his hands and in order to rid his kingdom of rumors, he simply
orders all male children under the age of 2 to be murdered. Those who pine for the peace and tranquility in “the past” need to become students of history in order to appreciate the present.
By then Jesus Christ, the messiah who had been prophesied, was no longer in the country. Matthew tells us that his parents, now with the means to do so, took him to Egypt.
You can call it faith, you can call it superstition and it doesn’t matter to me how you frame it, but I believe because I choose to do so. And I rarely share that faith on the Internet, but do so now because of the season.
Merry Christmas