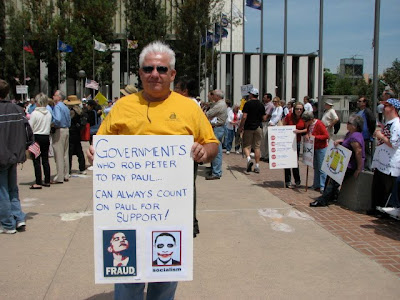 There were between 300 and 350 protesters at Santa Ana, CA between noon and 1:30. It was one of five venues for Tea Party protest in Orange County today. 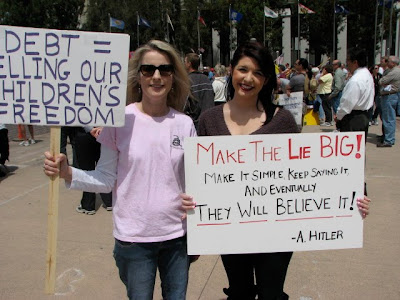 Opus #6 (famous blogger)(left) and my daughter Emilie on the right.

NBC interviewed Emilie on film asking why she was there, asking her background, etc. She accounted herself well under their scrutiny. They didn’t interview the old, angry white man standing next to her (that would be me). 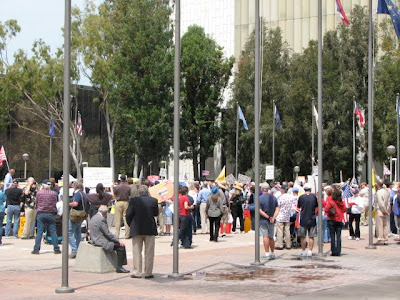 A view of some of the people who were present.