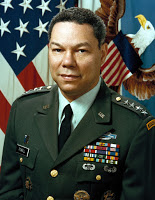 Facebook
Twitter
Pinterest
WhatsApp
Sunday Sermonette – such as it is:  I’ve been amused recently by strident calls from black students at UCLA who demand a blacks-only dormitory. While I have no problem with that, I find it strange that black students are demanding segregation (separate but equal), when you consider how much they and their white sponsors didn’t want that back when the Supreme Court decided Brown v. Board of Education in 1954.
When I attended university back in the Jurassic era, the African-American students claimed a portion of the Student Union for themselves, referred to by non-blacks as “crow corner”. Today it would likely be declared a “Safe Zone on campus for black people”. Everyone was content to allow them to segregate themselves and most people wouldn’t want to go there anyway because it was filthy even though the custodial staff cleaned it every night. Yet the irony of self-segregation wasn’t lost on in that era of forced integration and hiring quotas based ONLY on race.

I was in Washington DC some years ago and learned of a regular gathering of black military officers, hosted by General Colin Powell. I asked for an invitation to the event for shits and giggles, even though I am not a negro. When my request was declined out of hand because of my race, I became more strident. I received a telephone call from the great man (Powell) himself, disinviting me, explaining that it was an opportunity for blacks to get to know up and coming blacks and to help advance their careers. My presence, he explained, would be a damper on the culture that black officers liked to share with each other. I didn’t push it. Powell was the US Army Chief of Staff. But how ironic?

Academia is the worst offender. Consider university petitions for hiring on the basis of race to ensure particular racial percentages for faculty and staff. They would be considered racist if turned around and applied to college football or basketball teams, which are often racially disproportionate. Why would that be? How ironic!

Can you imagine a bunch of non-black students parading through the university library while people are studying, screaming, “All Lives Matter”? Neither can I.

Live and let live is not politically correct. Neither is do unto others as you would have them do unto you (which is the point of the sermonette).