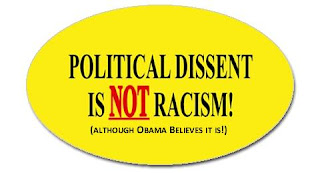 The mainstream/state-run media continues to consider the Tea Party movement to be a race-based political movement – and all non-white people who identify with the movement are branded as “traitors to their [respective] race”. It’s one of those they continue to sling out there – but it doesn’t wash. It’s about Socialism, not skin color, gender, or sexual orientation, religion, or national origin. Most Tea Party people believe that ILLEGAL immigration is a problem — because it’s ILLEGAL. It’s not aimed at people based on race.

For the most part, people who relate to the Tea Party Movement feel that the heavy-handed regime of barack hussein obama with a clear and unambiguous socialist agenda is able to ignore constituted laws, is hijacking the political process and is moving against Constitutional concepts, replacing them with nationalizing and socializing at will.

Those who identify with the Tea Party Movement believe that chief executive of this nation has worked hard to alienate our allies and has worked equally hard to court those Communist Nations (Cuba, Venezuela, etc.) and radical Muslim Nations (Libya, Iran, etc.). They do not believe this agenda is in the best interest of the American people.

They do not want ObamaCare, not because they are heartless, but because it’s simply not the government’s place to absorb 20% of the US Economy under its direct control. It is not in keeping with the spirit of free enterprise or the principles that have guided us. The US Government has bankrupted every major entitlement program it’s embarked on. EVERY –  SINGLE  –  ONE. Members of the Tea Party Movement believe that a healthcare bill that was far less than 2,400 pages, had been read by people who voted for it, and addressed portability, pre-existing conditions, tort reform, opening the market to every insurer nationwide, etc. would have been completely acceptable. It wouldn’t be what we have now when ObamaCare kicks into full swing, Socialized Medicine. 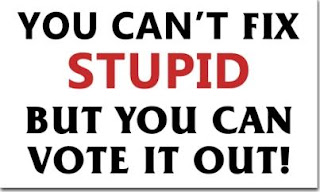 The Tenth Amendment has been trod on to the extent that it really doesn’t exist anymore. Most people who participate in the Tea Party Movement want Education and a host of other issues to be matters under control of the States – with more emphasis on local control and self-determination. They don’t trust the Federal Government to do the right thing. It’s much easier for us to exercise our votes locally and make real change over matters that impact ourselves and our children than it is in massive national elections where vast, horribly expensive bureaucracies end up make decisions about how our children will be educated (for example).

That’s what these screaming ‘radicals’ believe in. Ask yourself this simple question: