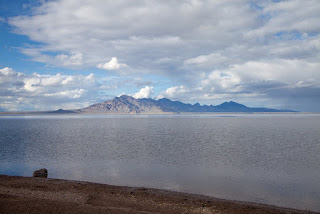 Facebook
Twitter
Pinterest
WhatsApp
In search of Real Money
It might be worth your time to wander over to the Silicon Graybeard before you read my rant. We haven’t used ‘real money’ since the silver certificates were replaced by Federal Reserve banknotes, and I doubt that we’ll see it within the foreseeable future. Fiat currency, which we (and everyone else) use, allows the Federal Reserve, in the case of the USA, (Federal Reserve is not an agency of the US government but it controls monetary policy) to manipulate value, set interest rates and so forth. You could argue that Congress is incompetent – thus the Federal Reserve. When you look at somebody like Maxine Waters as Chairman of the House Finance Committee, I have a tough time arguing that one.
And President Trump, a populist, is pushing for quantitative easing of interest rates to help push his economic recovery agenda and speed his re-election. Make of that what you will. Unemployment is at 3.8% and holding. Will the Federal Reserve help him out?
Russians are Bad Neighbors

Lithuania and the US signed a defense cooperation agreement. Lithuania is the first Baltic member of NATO to do so.
The “road map” describes five broad policy objectives for the two countries between 2019 and 2024: strengthening cooperation in training, exercises and exchanges; deterrence in the Baltic Sea region, including improved maritime domain awareness; intelligence sharing; cooperation in multinational operations; and cyber defense.
Lithuania’s defense assets are limited, but the ethnic Lietuva (Lithuanians are the Lietuva in Lithuanian) people are hostile to and wary of the Russians.
Estonia, Lithuania, Latvia and Poland all have stories to tell about Russian bad manners. Thus the US defense cooperation agreement makes sense.
The Balts are a tripwire for Russian aggression. Lithuania is particularly vulnerable because it contains a substantial Russian speaking region which the Russians periodically threaten to liberate during tense times. Russian aircraft violate Lithuanian airspace and Russian and Belorus tanks tend to extend their training exercises across Lithuania’s borders.

Russia doesn’t have to be toxic to many of its neighbors, but it is because it feels (in this case) that Latvia and Lithuania are extensions of Great Russia as former Soviet Republics. That’s not how most Lithuanians look at it. It could gain a lot more with honey than it can with brutish behavior and bullying, but that is Russian stock-in-trade.

Yes, as the glaciation moves south into Arizona, the National Weather Service predicts that we’ll have 6″ of snow next Friday/Saturday on the Mogollon Rim. Will the coming ice age kill us all off in 12 years, or can we burn enough wood to forestall it? Should you have children with the coming of ice and flooding? I don’t know, that’s up to you – but you should continue to PRACTICE to have children. Practice makes perfect.

The good news is that I finally have the living room furniture and garage shelving here at the mine, rather than in storage in SoCal. The furniture that was in the living room is downstairs in the guest area. The pictures haven’t been hung and my office is still woefully incomplete, but progress is measured in incremental victories as I travel here and there, scratching out time for the mine project.

As part of global cooling and so forth, the Bonneville salt flats are now under quite a bit of (salty) water. So much for taking your motorcycle or hot rod out there and running the timed track.


Sure, it’s reverting to its prehistoric profile, but that doesn’t bode well for motor heads. Hint: Trade in your high powered wheels for tracks to deal with snow. Mount a turret with a heavy weapon to take out sabertooth tigers, etc.  Business as usual during an ice age.

Will the Russians invade over the coming land-ice bridge between Asia and Alaska? Ice ages cause uncertainty.