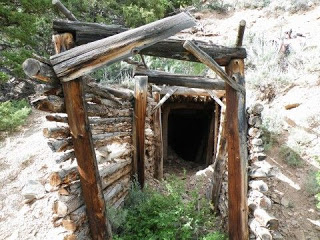 Facebook
Twitter
Pinterest
WhatsApp
I went to the grocery store with two granddaughters and as we were being checked out, the cashier asked if we had our own bags or if we wanted to buy them. Yes, it’s California. The shopping bags that were free before November 9, are now $.15 each as a matter of law. So I spent forty-five cents to purchase clear plastic flimsy shopping bags, and blaggarded the State on the drive home – silently – so the girls wouldn’t learn any new words. There is a reason that I want to leave the liberal paradise and spending $.15 for each shopping bag is only the beginning. I mentioned it to the clerk at the store and she said, “I wish that I could go. I was born and raised here but we’re stuck with my husband’s job.” I don’t blame her.

We don’t usually sell our souls in some exotic Faustian bargain. We bleed them out slow, one sterile, plastic, right-angled day at a time. I know how it works. I could be the poster child. One day you wake up and realize that living with wood, stone, iron and fire eludes you in the modern world. Society emasculates you in politically correct ways and it causes you to become domestic and pliable, destroying all meaning until you are lost…a rudderless ship, and often you don’t know it – because you’re going with the flow. The tide is sweeping you in and out like a piece of flotsam and you think that you’re living your own life.

Shooting an elk on your own property might be one of those things that you can’t imagine. Leaving the guts behind for various scavengers might seem as alien to you as not having a local store with goods made in China on the shelves. Perhaps you are more comfortable with a morsel of plastic-wrapped processed food that’s been preserved with chemicals and has been sitting on that shelf for three years, waiting for you to pick it up and eat it. If you’re more comfortable with the latter scenario than the former, look in the mirror. WTF are you? You’re becoming “progressive”. You’re becoming prey rather than being a predator – because you need to decide which you really are.
Some people arrive at places to experience a piece of history. The Durango and Silverton Railroad is such an experience, and I am not putting it down. It’s cool. Once visited, tourists return to their homes, next to homes or piled on top of other homes, clutching a souvenir (made in China).
However there are places in America – lots of places – where a horse is not part of a petting zoo, and having big game in the back yard is not part of a wildlife park experience. You bank the coals in the stove at night to insure heat all night instead of relying on a thermostat. Good old fashioned quilts bridge the gap.
I’ve been writing checks this week and there is something going on at the White Wolf Mine in the high country of the Mogollon Rim in Arizona. Within 40 miles of the White Wolf Mine (WWM) there are a number of species of animals. Leaving off most of the rodents and game birds such as ducks, pheasants, dove, quail, grouse and partridge: 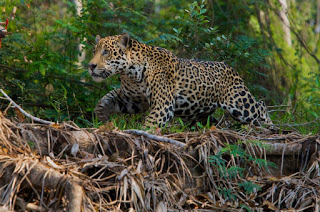 The only known wild jaguar in Arizona is El Jefe (more here), but I have heard from locals that some Go Pro infrared videos have picked up at least one jaguar on game trails at night in the Mogollon Rim area. Those reports are not confirmed to me, so I don’t know if it’s chatter or something more substantial. The area was populated by jaguar in substantial numbers up to the 1920’s and 1930’s.

There is more here from Arizona Game and Fish Dept. (link)

A buddhist friend of mine said that the jaguars running around the Arizona highlands are reincarnated shamans. True or false – you be the judge. I think that they’re just jaguars.

Wolves
Mexican wolves have been reintroduced into Arizona habitats and by all reports, their numbers are growing. (link) The wolves’ range is farther than 40 miles from the WWM, so it might be hubris on my part to report that here, but the day may not be far off when there will be howls of wolves at night.
Buffalo/Bison
The “Raymond Ranch” herd and the “House Rock Wildlife Area” herd live in Arizona. The Raymond Ranch herd is about 30 miles (more or less) east of the WWM. There are hunting permits drawn by lottery for buffalo. I’m only guessing that the wolves may be drawn by the presence of Buffalo.
Mountain Lion/Cougar/Puma
There are lots of lions in the WWM area and Arizona has a hunting season for mountain lions. Managed hunting culls the numbers and keeps them in balance.
Bobcats/Lynx
Not only are there bobcats in the general area, they are in the specific area of the WWM. I was fly fishing on Clear Creek, which is about 1/4 mile from WWM and saw a bobcat in daylight, moving stealthily in the meadow near the creek bottom. (Clear Creek runs through a deep gorge but there is meadowland near/adjacent to the creek in many places)
Condors
There are about 70 condors living in Arizona. Most live north of the WWM, but they are sometimes seen as far south as the Mogollon Rim. They exist today because of a captive breeding and reintroduction plan.
Eagles and Hawks
There are bald and brown eagles that live in the Mogollon Rim area and a wide variety of hawks.
Locals, commonly seen:
Badgers
Porcupines
Raccoons
Coatemundi
Javelina
Elk
Mule Deer
White Tail Deer
Pronghorn Antelope – yes, you even see them in the ponderosas.
Coyotes
Black Bear
Turkeys
Big Horn Sheep range in Arizona but not in the WWM area.

There is something to be said for the only sound you hear when you go out the front door in the morning is the whisper of the morning breeze through pine needles…or the trumpeting of elk during  the mating season.

In Arizona there is a pheasant season for falconry – and you can use a hawk or falcon to hunt them. It’s not only well beyond cool, I’m looking into it. I have to square the care and feeding of a raptor with my continued consulting biz and the need to travel.