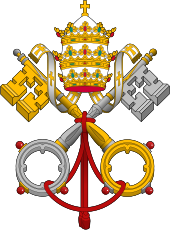 Far more children are slain by Planned Parenthood in one day than are slain by all firearm violence in one year. While all slaying for fun and/or profit is a tragedy, the one most easily put on hold is the one supported by your tax dollars.
By way of disclaimer, I am not Catholic, but I found that lobby in the Senate voting this way seemed ironic in the extreme. I found the lack of condemnation from the Catholic Church against these US Senators to be shocking. Nothing in the press (besides the usual hatred toward President Trump), nothing in print, nothing from the Pope – no hint of excommunication of these most Catholic senators. I’ve waited two weeks to hear the response of the Catholic Church before posting this. At best a whimper – business as usual.
The ‘Vicar of Christ on Earth/Lion of Christ’ is very vocal on the subject of ILLEGAL immigration, and on the need to embrace Muslim savages. Not so vocal on the subject of carving up a baby in utero like a Thanksgiving turkey. The man is a whited sepulcher — that’s just how I look at him. Are no lines drawn anywhere? Sure, they’re elected, sitting senators and can vote as they wish, but should they do so and remain Catholic?