Thoughts for a Monday 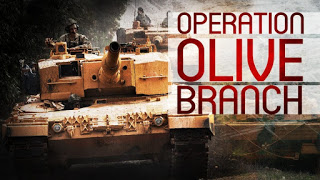 In Syria, Operation Olive Branch has stalled as a few Kurds, fighting for their homes are standing up to the Turkish Army. The Turks are claiming to have killed 1,500 Kurdish men, women and children in their effort to ethnically cleanse Northern Syria of Kurds. Independent sources put the number at about 300.
CNN-TURK is trying to be optimistic and paint a picture of Turkish valor against difficult odds. Imagine that. Turkish armored and armored infantry divisions against far fewer Kurds defending their homes — where is the valor in that for Turks? The Kurds have been successful and fought the Turkish armored fist to a standstill. When the Turks send armor and helicopters forward, they’re destroyed.
Turks using the “law of probability” in
assessing casualties smacks of weakness.
Some of the Turkish success has been had from sending sniper teams forward. It’s low intensity and the loss of a couple of snipers here and there doesn’t impact the Turkish loss in terms of absolute numbers. A couple dozen snipers won’t take Afrin or hold ground for the Turks. The Turks planned to have snipers keep the anti-tank missile teams heads down wile the armor moved forward. Their problem with that metric is that the missiles range is triple or more the range of the best case sniper shot. It’s a very weak move for the Turks.
There best chance for success would be to move a division of dismounted infantry forward and overwhelm the Kurds with bodies, but that would cost a lot of meat and would end up being unpopular at home. Likewise the Turks could keep sending armor in until the Kurds ran out of missiles to destroy them…
President’s Day Plans 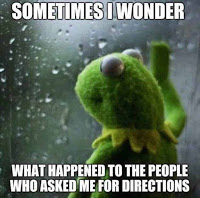 I do have plans for the day, but they revolve around hanging out in the US and letting people who work for me do the heavy lifting elsewhere. (the loyal workers would ask, “what’s new with that?”) I’m available on the phone if there’s a foul up. And I’m around if the White House calls for advice. They are working today, holiday notwithstanding.
A friend of mine named “H” expressed surprise that I’m still working at age 62. I pointed out that it’s difficult to call it “work”. It’s not like genuine “work” that I once did.
I haven’t watched the Winter Olympics on TV yet. I doubt that I’ll do that today.
I’m eating breakfast while I type this blog. Left-over fried chicken and rolls (home made) from last night. I’m not a big left-over eater guy, but fried boneless, skinless breast filets and rolls never go to waste (they go to waist).
Have a splendid day.