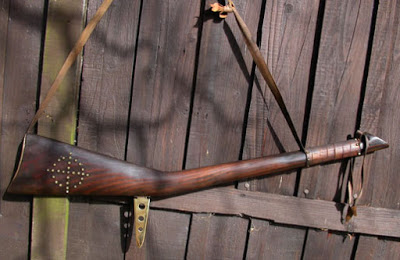 There were many varieties, but the popularity of using a repurposed broken rifle stock, can’t be over emphasized. Think of that broken stock and a knife sticking through it, and you’re in the ballpark

They made a debut in popular media through the war club carried in the film, “Last of the Mohicans”, but the basic design was in play long before Hollywood grasped the concept. Russel Means played Chingachgook, and portrayed that role faithfully to James Fenimore Cooper’s Leatherstocking Tales.

The Boy Scouts* latched onto the legend but did not incorporate Chingachgook’s favorite weapon, the war club, into their lore. It might have been appropriate to train America’s youth to adopt those fighting skills if they wanted to be real. Better to pretend to be an Indian than to behave like one might be the mantra of the modern scouts? Sad really. Genuine woodcraft and warrior culture are a dying art – along with tracking and a number of skills, least of which may be fighting with a war club. 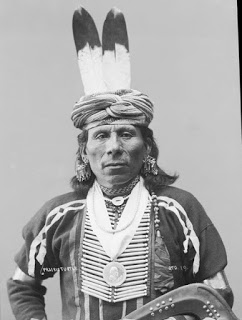 Daily Timewaster featured Prairie Turtle Otoe (picture right) holding what appears to be his version of a war club. There were possibly as many varieties of war clubs as there were warriors who carried them. Everything from a knobkierie style club to a modified rifle stock to a tomahawk to a shillelagh style stick (no, likely not from the black thorn tree native to the British Isles). Rifle stocks, made from curly maple, cherry and walnut were nicely finished with generally good grain and they were less likely to break than some locally available wood, depending on the location of the native American who wanted to carry a club.
Originals were/are generally in the 24-32″ x around 1-1.5″ thick x up to 8″ wide – the one in the Last of the Mohicans movie was made deliberately oversize (about 33%), although there are some pictured by G Catlin approaching that size.
John Baldwin’s book is seminal “Indian Warclubs” (available from www.crazycrow.com item # 4153-004-255) Note the photo from that book and the description below. 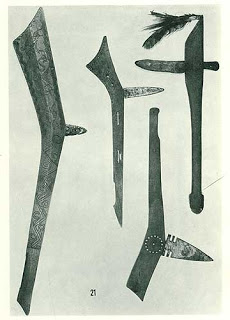 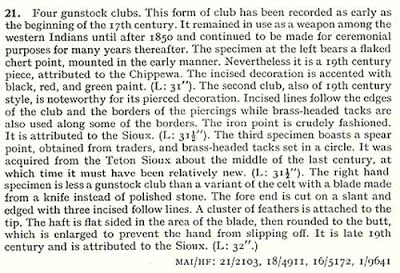 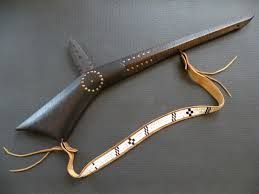 Then as now, a warrior’s weapons reflect his personal style, his preferences and there is always an underpinning of lethal art. That art was reflected in a warrior’s dress as well as it told his story. There were successful warriors and less successful warriors. It was a matter of luck and of personal initiative.
They had no notion that were “owed” anything or that they “deserve” anything. For a warrior, life is competition. You need to look no further than nature. If a lion sits around all day and decides not to hunt, it doesn’t eat. If it doesn’t eat, it dies. Simple. Brutal. Reality.
Times have changed and today we have compassion for the weakest among us. We see others who will not work, will not put out effort, and we refuse to let them starve. We make sure they have what they need to survive. We, the capable, the workers, decide that we will not let another human being die while we have the means to prevent it. And we may not be doing society any favors in the long term.  Government uses tax dollars to create a dependent class that it uses to generate votes. It raises them like cattle for those votes, feeds them, keeps them dependent, kills the warrior within them.