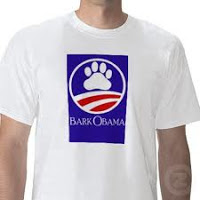 I’ve heard and read Democratic Party punidts railing on the American voters for being so stupid as to become independents, or not to support their champions obama/Reid/Pelosi. However the obvious truth is that Democrats who voted for hope and change were betrayed.

Democratic Party Leadership struggles for “the answer”. The President of the United States claimed in a speech last week that people treat him like a dog. I’m not sure what that means. He does shake hands, beg, speak, etc. What he should be doing is reading the teleprompter and not saying anything that his keepers don’t tell him to say.
One of the big Democratic fight-back strategies is to use the terror that, “Republicans want to take away your Social Security benefits.” The problem with that is that the Social Security program is bankrupt and putting it off for another four years without reforms only means that when it crashes, it will crash bigger because nobody’s paying attention. They can’t say anything about Medicare because they stripped and looted the Medicare program to fund the wildly unpopular ObamaCare that will be repealed and ‘fixed’ with a more common sense solution to the healthcare problem.
The Summer of Recovery, wasn’t. It only serves to underscore the profound damage that liberal and so-called “progressive” theories of government can do. Americans want things to improve and the only way to make that happen is to run government RESPONSIBLY. I admit that the old Republican Party failed. Perhaps by booting RINO’s and pseudo conservatives from office, we can see an improvement in the situation in the US.