Some call it the God Particle 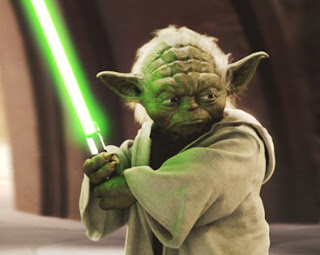 Facebook
Twitter
Pinterest
WhatsApp
Essentially (and forgive me for simplifying it) the Higgs Field gives mass to massless particles. This means that without the existence of the Higgs Field, there would be no matter as we know it, only energy traveling at the speed of light.
I’m posting this here on my blog because I’m just a little tired of people criticizing the Large Hadron Collidor (LHC) in Geneva, Switzerland, speculating that it will end the universe. AND criticizing the Curiosity Mars Science Laboratory as ‘tinkering with things best left to God’. By that standard, you should turn off your computer and all devices using electricity and get off line… STOP READING THIS and destroy your computer…
Particle physicists have long held that a field exists that has non-zero strength everywhere—even in otherwise empty space—and that particles acquire mass by interacting with this so-called Higgs field. If this theory is true, a matching particle—the smallest possible excitation of the Higgs field—should also exist and be detectable, providing a crucial test of the theory. Consequently, it has been the target of a long search in particle physics. One of the primary goals of the LHC at CERN in Geneva, Switzerland—the most powerful particle accelerator and one of the most complicated scientific instruments ever built—is to test the existence of the Higgs boson and measure its properties which would allow physicists to validate this cornerstone of modern theory. (Wikipedia)
On 4 July 2012, the CMS and the ATLAS experimental teams at the LHC independently announced that they each confirmed the formal discovery of a previously unknown boson of mass between 125–127 GeV/c2, whose behaviour so far has been “consistent with” a Higgs boson. Proof of the Higgs field (by observing the associated particle), and evidence of its properties, is likely to greatly affect human understanding of the universe, validate the final unconfirmed part of the Standard Model as essentially correct, indicate which of several current particle physics theories are more likely correct, and open up “new” physics beyond current theory.

Higgs bosons are used in a variety of science fiction stories. Noting the elusive search for the Higgs boson, the term “God particle” was coined by Nobel Laureate Leon Lederman, Director Emeritus of Fermi National Accelerator Laboratory. However, the scientific community generally disapproves of this nickname. The existence of this particle neither proves nor disproves the existence of God.

If it makes you feel any better, you can call the Higgs Field, “The Force”. The Star Wars (movie) depiction is of a force that moves through all living things. The Higgs Field is there where there is “nothing”, and yes, it’s everywhere. And yes, even though it doesn’t violate any law of physics, it creates mass from seemingly no mass at all.