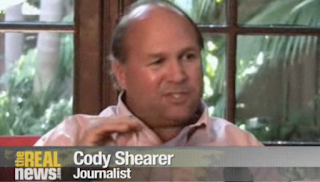 The Fusion GPS dossier wasn’t going to be enough to continue to puff up false FISA Electronic Surveillance Warrants forever so the Clintons paid for a second one. We’ll call that the Cody Shearer dossier – Ooops. We know that CNN (cartoon network) will spin like the Devil’s own handmaidens to try and keep that one from seeing daylight. Too late.

Shearer’s dossier, also based on false and salacious information has footprints to the Clintons, and at some point in time, somebody will put the pieces together that Barack Obama was using that FISA information to ‘unmask’ members of the Trump Campaign as being Russian spies. Of course we know that it was all ‘applesauce’ now, but at the time, it played to the narrative that they tried to use to deny the lawfully elected president to be president.
Once Susan Rice and others in President Obama’s inner circle had unmasked people who were identified in the electronic intercepts, they leaked information to the press, which was only too happy to publish negative (and false) information about President Trump.
Yes it’s a sad day for America, and nobody knows how deep the rabbit hole is — but the bread crumbs lead to Barack Obama.