This concludes the three part series of trying to examine the Left, without simply chalking it up to ‘insanity’. It’s not insane from their point of view. A lot of it comes down to this:

Who doesn’t remember President Obama, reading from the teleprompter, “You didn’t build that.”

If you are the owner of Chick-Fil-A, you must polish a negro’s shoes to scourge yourself and excoriate your sin of success.

Any behavior, from single motherhood to drunkenness to drug addiction, must be excused or even applauded, and can never be blamed for causing poverty. By definition, poverty is caused by the crookedness of life’s roulette wheel that we discussed yesterday in Part Two.

If the rich and powerful tilting the wheel of life is the only explanation for life’s miseries and sorrows and failures, they are always to blame for everything. Everything. These days, the rich men and rich nations are blamed for warm weather. 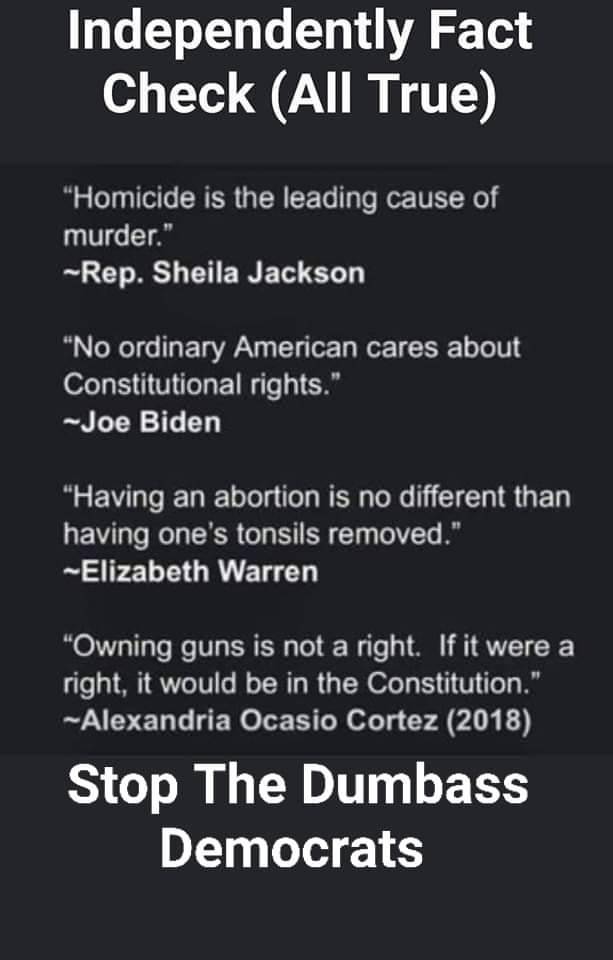 And yet these progressives achieve the highest academic degrees, and are elevated to the most prestigious positions on the bench, even to the Supreme Court, and they become teachers and professors and award-winning journalists, and the producers of all forms of art and entertainment. They not only predominate intellectual circles, they define it, so that the word ‘intellectual’ nowadays is a synonym for ‘ignoramus.’

How can this be?

If life is a crooked wheel, all intellectual honors, awards, and degrees, judicial posts, and so on, are and should be rewarded to those least qualified to hold them, including oneself. Barack Obama awarded Ellen DeGeneres the Medal of Freedom (our highest civilian honor for being a lesbian comedian). 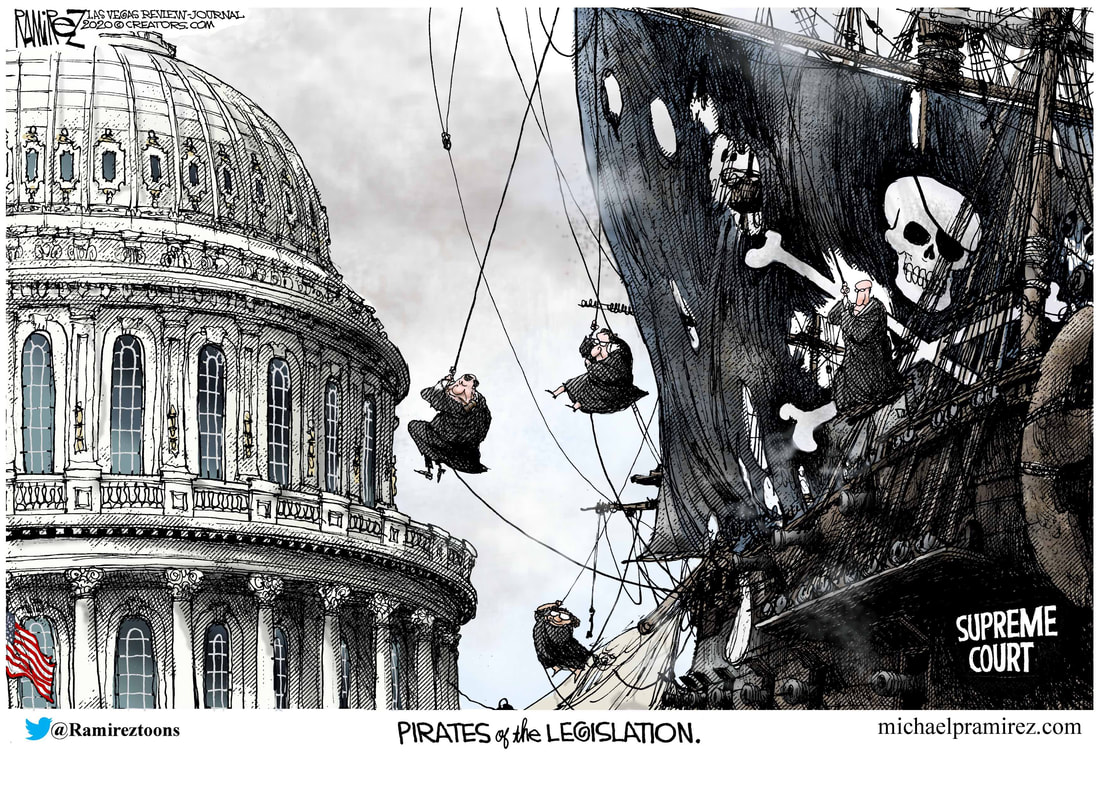 When a pragmatist fights an idealist, even when the idealist serves a sick and perverse ideal, the idealist eventually wins.

Also, like their sanctimonious superiority, which is never actually put to the test, intellectual superiority of a Leftist ignoramus is difficult to prove. Intellectual superiority can be proved in fields where there is a definite product, such as in mathematics and physics and engineering: hence these are precisely the fields that Leftists tend to avoid.

They flock to the humanities and soft sciences and arts, where matters are more subjective, sharp corners are padded, and no one is likely to judge them harshly. The Nobel Peace Price can be awarded within the first week of a leader’s term of service in office.

Political Correctness applies only to certain topics, such as race, sex, sexual perversion, the superiority of Islam to Christianity, and so on. On any topic outside the bounds of Political Correctness, the Leftist allows his intellect to operate, and nothing prevents him from accomplishing works of genius in his particular field. Oppenheimer could be a world-famous physicist or Von Braun a leading rocket scientist without either of them being following right reason in politics.

The Welfare State should not have abolished the family structure among inner city blacks and, even if it did, the loss of the family should not have malign side effects on child rearing. But it doesn’t take a PhD to see that. Turning all the inmates of insane asylums loose on the streets for some reason not named should not have lead to an increase of the number of insane street people. Being lenient on criminals should not produce an increase in violent crime. Disarming the victims should not encourage attackers. Surrendering a war should produce victory, not defeat. Rewarding Jihadist violence by praising and funding them should decrease Jihadist violence. Socializing the student loan industry will lower costs. Socializing the medical insurance industry will not only allow you to keep your plan and your doctor, your premiums will actually go down.  And more people, rather then fewer, will be covered by health care the moment less health care is available to them. Goods can be rationed without rationing. And so on and so on and so on. 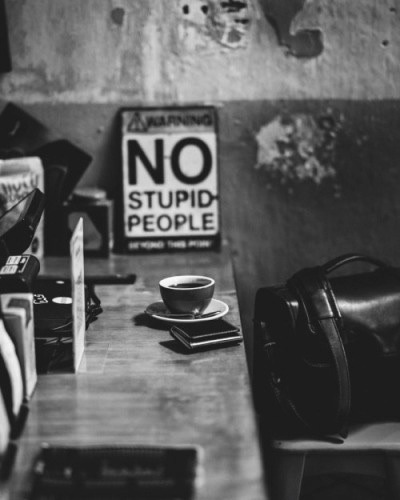 In each case, the theory fails in the most remarkable and jaw-droppingly spectacular fashion possible.

Thanks to the Mass Media, you can live in the richest nation in the history of forever, and believe that poverty is overwhelming. You can live in the least imperial nation of all time, and denounce it daily as imperialist. You can live in the one nation, out of all of infinity, which grants the best opportunities and bends over backwards to offer education and jobs to women, blacks, Jews, and immigrants of all colors and backgrounds, and denounce it as systematically racist. You can live in the nation where there are fewer Fascist White Supremacists than there are members of the Flat Earth Society, and yet believe that the brain of Hitler kept alive in a jar in Brazil is about to give the order for a sudden Aryan insurrection, and the blacks will be strung up from lampposts as far as the eye can see tomorrow.

Progressive theory holds that the theory cannot fail. If life does not cooperate with the theory, life is wrong, not the theory. Remember the basis of Leftist moral theory, that the wheel of life is crooked, and the game is rigged by evil conspirators. So when the game of life gives the wrong answers, what else? Blame the conspiracy. Who else? Blame the Jews. (Exclude George Soros, a Jew, from blame)

At some point, their frustration with their own stupid theories and their spectacular failures expands until it explodes into wrath. Often this is when reality begins pressing in on the hermetically sealed bubble of social-cue-protected dreamland in which they live in a goofy paranoid world where every institution is a sinister con-game meant to lull the victims into the abattoir: if such a world were real, violent revolution would be the only answer. They cannot seek justice, not if justice is merely the will of the stronger. They cannot appeal to reason, since reason is the first thing they abandoned.

And yet, why do the Leftists so admire  figures like Gandhi and Martin Luther King, who used only nonviolent means to promote their goals? Pacifism is not in innate part of the theory; it is merely an ornament, like vegetarianism, with which they adorn themselves, as a maiden might put a flower in her hair, to flatter themselves. It is one more excuse for moral preening. It has no relation to their lust for bloodshed or their admiration for figures like Mao and Che and Saddam, and all the brutal killers of the world.

To the Progressive, there is no greater high than to fly on the drug of smug moral superiority. You may look down your nose at all fashion of men greater than you in every other way, but if they are evil and you are righteous, the savory odor of your righteousness in your own nostrils is finer than the finest perfume.

Anything that reminds them of innocence or truth is abhorrent to them. It makes them uneasy, lest their master raise his whip of iron and punish them. Therefore the very people and things the addicts of self righteousness hate the most are saints, women like Mother Theresa, and heroes, figures like George Washington, and captains of industry, men like Henry Ford.

There is no paradox at all of rich men being committed to policies that will destroy the laws and customs needed to create wealth. The Middle Class creates most of the wealth, most of the jobs. Socialism requires cooperation between certain protected industries to be kept alive as neutered pets. Whether the rich bribe the powerful or the powerful extort wealth from the rich makes no matter: the end result is a progressive partnership between the rich and powerful to trample the faces of the poor. That is the end result of the mindset described above, once it is free to act, and devoid of scruples. Imagine a boot stomping a human face forever.