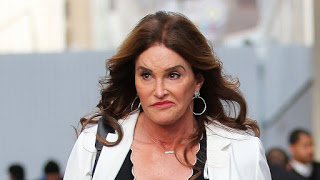 Facebook
Twitter
Pinterest
WhatsApp
It’s a General Strike
Today, March 8, 2017 is the Day Without Women. If you see a person who self-identifies as a woman working today, zhe’s obviously a traitor to his/her gender.

This does fly in the face of the progressive doctrine of gender (and racial) fluidity (you are only what you think that you are). Thus my sense is that if you’re progressive, you have to go on strike no matter what gender you are today, March 8, just in case you decide to be a woman today (or tomorrow, etc.).

Will Bruce Jenner be on strike too? I don’t think that he does much besides hang in his cliffside Malibu mansion and dress up like a woman – but he is woman of the year so he should consider taking to the streets and asserting the rights of all women whether or not they have a penis.

And in honor of the strike, I share this bit:

Those Lovable Norks
I comment a lot on North Korea, because they are the most likely to engage in nuclear war at the moment. It’s not a good situation. As a result, I keep the forty or so of you who drift by the blog up to speed.
The US Defense Department confirmed that four North Korean ballistic missiles splashed down in the Sea of Japan. It also said that North Korea might have launched more than four missiles, but it did not test an intercontinental ballistic missile (ICBM). “There were four that landed. There may be a higher number of launches that we’re not commenting on. But four landed and splashed.”
On 7 March, the Korean Central News Agency (KCNA) published a report entitled, “Kim Jong Un (Dear Leader) Supervises Ballistic Rockets Launching Drill of Hwasong Artillery Units of the Korean People’s Army (KPA) Strategic Force.”
I include the direct quotes from the Norks because they are funny.

“Kim Jong Un, chairman of the Workers’ Party of Korea, chairman of the State Affairs Commission of the Democratic People’s Republic of Korea (DPRK) and supreme commander of the Korean People’s Army (KPA), supervised a ballistic rocket launching drill of Hwasong artillery units of the Strategic Force of the KPA on the spot.”
“Involved in the drill were Hwasong artillery units of the KPA Strategic Force tasked to strike the bases of the U.S. imperialist aggressor forces in Japan in contingency.”
“Respected Supreme Leader Kim Jong Un learned in detail about the preparations for fire strike (sic) while going around the ballistic rocket launching grounds.”
“At an observation post he was briefed on a launching plan and gave an order to start the drill. Feasting his eyes on the trails of ballistic rockets, he appreciated that Hwasong artillery units of the Strategic Force are very good at organizing and commanding fire strikes and strictly ensuring rapid and simultaneous fire strikes.”
“The four ballistic rockets launched simultaneously are so accurate that they look like acrobatic flying corps in formation, he said….”

The report concluded with Kim’s congratulations to the launch units and the scientific team and the mention that he had a photo op with them.
China is Not Amused:  The first pieces of equipment for the Terminal High Altitude Area Defense (THAAD) system arrived in South Korea on the night of 6 March. But China has only itself to blame as South Korea builds up its ballistic missile defense system.
WIKILEAKS Hacks CIA?
A person from the Office of Personnel Management (OPM) dropped by ‘my domicile’ to ask a few questions about somebody who is having their background investigation updated. It used to be called a ‘broad scope SBI’ and now it’s a Tier 5 background investigation/update. And the job is being taken away from OPM and I think that it’s being picked up by the Federal Department of Homeland Security…here are the tiers:

All this may be changing because it’s now a DHS operation. The gears of the bureaucracy grind on. 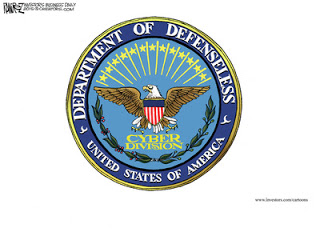 I mention this not because of the CIA story (below). CIA’s Office of Security conducts its own background investigations as does the FBI…so the background/update wasn’t for either of those agencies. The investigator spent a lot of time asking about Wikileaks. Do I know if said person ever read a Wikileak, etc?
There seems to be a lot of sensitivity to Wikileaks these days and I don’t know how much longer Julian Assange will be living. The Ecuadorian Embassy in London may not be secure enough… Now moving onto the story.

(Fox News) WikiLeaks on Tuesday released what it said is the full hacking capacity of the CIA in a stunning 8,000-plus page disclosure the anti-secrecy website contends is “the largest ever publication of confidential documents on the agency.”

The 8,761 documents and files — released as “Vault 7 Part 1” and titled “Year Zero” — were obtained from an “isolated, high-security network” at the CIA’s Center for Cyber Intelligence in Langley, Va., a press release from the website said. The trove had been “circulated among former U.S. government hackers and contractors,” one of whom “recently” gave the archive to WikiLeaks.

“We do not comment on the authenticity or content of purported intelligence documents,” a CIA spokesperson told Fox News.

The collection of purported intelligence tools includes information on CIA-developed malware — bearing names such as “Assassin” and “Medusa” — intended to target iPhones, Android phones, smart TVs and Microsoft, Mac and Linux operating systems, among others. An entire unit in the CIA is devoted to inventing programs to hack data from Apple products, according to WikiLeaks… (click the link above to read the whole story)

USGOV does seem to have a difficult time keeping secrets – which helps explain my reluctance to believe a lot of the really outlandish deep conspiracy stories.  In my lifetime I’ve been read into programs that are Top Secret/SCI Codeword/NO FORN/WNINTEL/LIMDIS/ORCON, etc. blasted across the news media. Of course I won’t comment further because I don’t want to go to prison.  There have been other things that were not — but most of this stuff ends up coming out because USGOV has a difficult time keeping it’s metaphorical mouth shut.