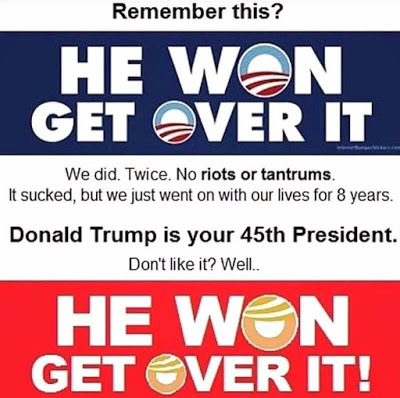 Coming to every theater in the world on December 16.

May the farce be with you — next year.
Cyborg City (2017)
I can’t quite figure this one out – the robot sounds like a “Predator” (with asthma) and even has some of that design vibe, etc. I don’t know whether or not the movie will suck. The proof of the pudding is in the eating.
He Won 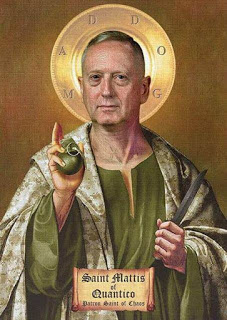 Even though General James Mattis is the most qualified person to be put forward as Secretary of Defense in a generation, the Democrat Party opposes him — but at the same time they know that he’s going to end up with the job. There is some doubt that he will put transgender assignment surgery for service members and the battle against the weather at the top of his agenda. For this reason, he’s not the darling of the progs or of their shills in the media. As Barack said so eloquently, “elections have consequences”.
India and Pakistan
They are inching toward a general war and India doesn’t really care much what China does since they have had an insipid war with China up in the Himalayas for two decades.  Prime Minister Modi said that India would use water from three rivers that the Indus Water Treaty with Pakistan grants to India.

Following the Pakistan-based militant attack at Uri in September that killed 19 Indian soldiers, Prime Minister Modi vowed that blood and water could not flow together. Prime Minister Modi promised that India would retaliate for the attacks by infiltrators from Pakistan in a new aggressive strategy. The cross-border surgical strikes in October were one example of the new strategy. The water usage issue is another.

On 25 November at a speaking engagement in Punjab, Prime Minister Modi announced the new policy. When I read it, I did so using an Indian accent.

“Brothers and sisters, Indus Water Treaty: India and my farmer brothers have the right to the water of the three rivers — Sutlej, Beas and Ravi. That water is not reaching your farms, but flowing to the sea through Pakistan. Neither Pakistan utilizes that, nor does that reach the farmers of India. I am moving forward with a big resolve. I have made a task force. This is the Indus Water Treaty, under which the water that belongs to India flows into Pakistan. Now, I am determined to stop the drops of water and take the water to the farmers in Punjab, and Jammu and Kashmir.”

“Brothers and sisters, there is no reason for us not to exercise our right and let my farmers suffer because of the lack of water. I need your blessings brother and sisters. I am moving ahead with the intention of filling your farmland with water. There is a solution to the problem of water. Together we can find a way. Water has been flowing into Pakistan. In Delhi, governments came and went, but they continued to sleep while my farmers kept crying.”

“If water reaches my brothers and sisters, and the farmers of Punjab, they fill the treasury of the country and the belly of the country through their agricultural production.”

On 26 November, Sirajul Haq, chief of Jamaat-e-Islamic (JeI), was quoted as saying: “Mr. Modi, if you stop our water, we will stop your breathing.”
No, the mainstream media didn’t tell you anything about this, did they? What are they good for?
Sanctuary Cities
This should come as no surprise to anyone.

“Citizens understand that when San Francisco and other sanctuary cities release illegal alien criminals onto the streets, crime is going to increase,” said Judicial Watch President Tom Fitton. “These new crime statistics suggest that there are more murders and an epidemic of rape linked to San Francisco’s releasing illegal alien criminals in violation of law.” Judicial Watch