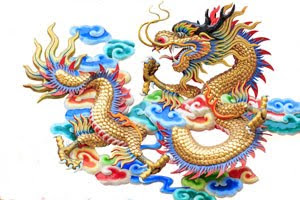 “Donald Trump is either too incompetent to understand that his foolish phone call threatens our national security, or he’s doing it deliberately because he reportedly wants to build hotels in Taiwan to pad his own pockets.”

Or maybe President Trump is not stupid by breaking with decades-long diplomatic tradition?
Isn’t that an interesting signal to send the People’s Republic of China? It’s not a salvo at the PRC, but it is a shot across their bow. The mainstream media and the DNC claim that President Trump is stupid, but he did win the election and spent 1/10th of what Hillary spent.
The PRC didn’t care. Chinese Foreign Minister Wang Yi said the call was “just a small trick by Taiwan” and that he didn’t think it would change U.S. foreign policy toward China, according to Hong Kong’s Phoenix TV. But the Chinese took notice that it would no longer be business as usual and the $550 billion annual trade surplus that they currently enjoy would not continue. Trump reminded Beijing that “there is another China”.

Washington has pursued a so-called “one China” policy since 1979, when it shifted diplomatic recognition of China from the government in Taiwan to the communist government on the mainland.

Under that policy, the U.S. recognizes Beijing as representing China but retains unofficial ties with Taiwan.

Sen. Tom Cotton (R-AR) said Friday: “I commend President-elect Trump for his conversation with President Tsai Ing-wen, which reaffirms our commitment to the only democracy on Chinese soil. I have met with President Tsai twice and I’m confident she expressed to the president-elect the same desire for closer relations with the United States.” I think that Sen. Cotton is on the short list for SecState, but nobody is talking much about him with the spotlight on Gov. Mitt Romney at the moment. Watch Tom Cotton. He could easily be president one day.
I’m not personally opposed to America’s one-China policy, but the nature of the business relationship needs to change.