Should the USA reward Stupidity? 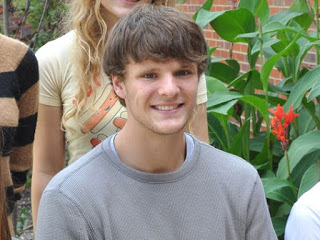 Facebook
Twitter
Pinterest
WhatsApp
Yes, I know that promoting stupidity within the ranks of government is simply what happens (Peter Principle – Thanks to Lawrence J. Peter for making it somehow respectable.). I understand that many bonuses are handed out to lazy drones who work for government. It justifies even larger bonuses for those who are in-charge and are lazier and more wasteful.


Should America try to free STUPID citizens who were seized by hostile regimes when they went to “visit”?

If you are a Bible thumper and you bring the good book with you to Iran, you can expect to be arrested and held as a hostage in a cold, damp prison without bacon, for twenty years. It’s not that they need that much cause to arrest you and hold you in a prison for twenty years. They can plant the Bible in your luggage. It begs the question why anyone would go to Iran and expect to be allowed to leave.
The same is true of North Korea.
(Time) On 22 January, the Korean Central News Agency (KCNA) announced that it had arrested Otto Frederick Warmbier, a student tourist, for “carrying out a hostile act against the Democratic People’s Republic of Korea with the tacit connivance of the US government and under its management.” The announcement did not specify the hostile act.

The actual arrest occurred in late December, according to one source. It is typical of North Korea’s police style to make the arrest at the airport as an accused boarded an aircraft for departure.

Almost anything could be a hostile act in North Korea. When the US had Department of Energy inspectors at Yongbyon, an inspector was almost killed in a fight because he had folded the North Korean newspaper so that the fold creased the front page picture of Kim Chong-il. A North Korean engineer attacked the American engineer because he had defiled Kim’s image and that is a capital offense.
Nevertheless, the North can overlook such offenses when it is in its interest. The US engineer received a warning and instruction about North Korean laws. He was not expelled or arrested.
Suggesting that the fat little fuck who they call “Dear Leader” is anything but the divine ruler of the universe carries with it a sentence of death. Violation of any of thousands of obscure laws in the peace loving Democratic People’s Republic of Korea brings with it a sentence of death. All that being the case, why would an American visit the worker’s paradise–EVER? And having done something that STUPID, why is it in our interest to do anything other than send Otto’s parents a Darwin Award (honorable mention since he’s not dead yet)? And maybe a fruit basket or something purchased at taxpayer expense, to express condolences. (I’m not completely heartless)
When North Korea, Iran or any of those miserable hell holes gets into a diplomatic dispute with the U.S. government, they like to grab any American they can find and use them as bargaining chips. Why do we allow any US citizens to travel there? A travel ban for other than approved diplomatic purposes should receive a disclaimer: Abandon Hope all yee who enter here!