What Passes for Life 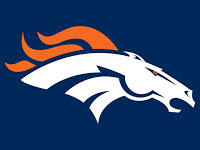 Sunday I watched the Denver Broncos beat the New England Patriots in what turned out to be a remarkably good football game. I went into my daughter’s home with her in-laws present in large numbers and the place was awash in blue (red and white trim) jerseys. Her husband and his family are from Boston. And they show a dedication to their regional teams at a level that I find is — a bit over-the-top. Naturally, I favored the Broncos and had to tread softly when they won. It’s not as if fists would have flown (I suspect they fear that I would prevail against five men and their angry wives – my daughter would have sat a fight out). The in-laws/outlaws are all former Navy or Marine Corps, not that it matters.
Since New England won’t be in the Super Bowl in a couple of weeks, I invited my son-in-law to my house for the big game. At least one other son-in-law will be at the house. I’ll BBQ burgers and dogs. He said that he had to get over the Patriot’s loss and that it would take a few days for him to clear his head. He is serious about that. Serious as a heart attack. I love football. I should be the coach. If they listened to me (sitting at home on a couch), things would go MUCH BETTER for any team. I just don’t make bonehead mistakes the way the people in the stadium do at times. For the record, if I was the coach of the Dallas Cowboys, they would win the Super Bowl. The fact that they’re not even close this year is mute testament of how much they need me to take charge from my armchair.

I’m not a regional sports team fan. I don’t “support” (whatever ‘support’ is supposed to mean) teams because they are local. I like the Chicago Blackhawks for ice hockey, and while Chicago is one of the truly great eating cities in the world, I don’t want to live in Chicago. I roll like that when it comes to sports teams. I do like going to watch the Lake Elsinore Storm (AA baseball) play because the stadium is small, and the players turn over as they are sent up to or down from the majors. AA players make more mistakes and seem a bit more human than the rock-star major league players. Any seat is about $5.00. The dog and soda are another fiver.