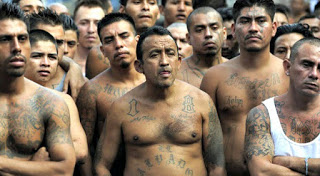 Facebook
Twitter
Pinterest
WhatsApp
The question is whether or not all felons are Democrats. The Democrat party (also known as the Donkey Party) is pushing hard to allow convicted prisoners (irrespective of citizenship) to vote in US elections. It begs the question.

You have to admit that the assumption that underpins this push by the Democrats is that all convicts doing time — are Democrats.
It’s nod difficult for me to take that leap, and agree that they probably are – for the most part.
There’s not much the Donkeys wouldn’t do to grab a vote – from a tombstone, or a convicted felon, or an illegal alien. The “illegal” part seems to appeal firmly to the Party of Obama.