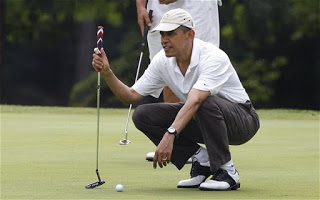 Facebook
Twitter
Pinterest
WhatsApp
3 January – Saudi officials said Shiite pilgrims would continue to be welcome. On the 4th, they reversed this announcement and closed Iran’s pilgrim’s affairs office in Jiddah.
4 January – Bahrain followed the Saudi lead in giving Iranian diplomats 48 hours to leave. Sudan also broke diplomatic relations with Iran. The United Arab Emirates downgraded its representation to the level of the Charge’ D’affaires.
The head of Iran’s civil aviation organization said Saudi and Iranian airline flights might be canceled.
Russia reacts:
(Pravda) “The situation in the Persian Gulf zone has deteriorated markedly in the last few days. While protesting against the execution in Saudi Arabia of the well-known Shi’i preacher Nimr Baqir al-Nimr, participants in a mass demonstration in Tehran broke into the compound of the Kingdom’s embassy, wrought physical damage to it, and were pushed out by law-enforcers. There was a similar incident involving the Saudi consulate-general in Mashhad. In response, the Kingdom of Saudi Arabia (KSA), and later Bahrain, decided to sever diplomatic relations with Iran.”
“We emphasize that attacks on foreign diplomatic missions cannot under any circumstances be regarded as a legitimate means of protest or expression of political views. We note the duty of host countries to ensure complete safety of the embassies and consulates accredited in their territory in accordance with well-known international conventions.”
“Moscow expresses serious concern at the additional rise in tensions in the Middle East with the involvement of major regional powers, Saudi Arabia and Iran, with both of which Russia maintains traditional friendly relations. We strongly urge Tehran and Riyadh, as well as other Persian Gulf states, to show restraint and avoid any steps complicating the situation and leading to greater tensions, including those between different denominations.”
“We are convinced that any difficulties and disagreements that arise in interstate relations can and must be overcome through dialogue, at the negotiating table. For its part, Russia will be ready to give necessary assistance to any such efforts. (emphasis added)”
China Reacts:

China expressed its concern that differences be settled through discussions in the interest of peace and stability.
USA Doesn’t React:

Open sources reported no US offer to mediate. US mainstream media doesn’t comment on America’s failure to involve itself in what appears to be a looming war in the Middle East.
The Russian statement is an offer to help mediate the crisis. The Chinese statement backs the Russian offer. This crisis is on the verge of changing the strategic situation by propelling Russia into a potential leadership role even more prominent than the Syrian crisis has.
The Russians and Chinese seem to appreciate the potential for region-wide violent protests and provocations that is inherent in the Sunni-Shia confrontation. Two Sunni mosques were burned in Iraq on the 4th.
Shiite populations in the Gulf are angry and active. A Shiite uprising in Saudi Arabia’s Eastern Province, most of whose population is Shia, or in Bahrain, where the majority of the population is Shia, could topple the post-World War II strategic architecture which the US helped build and maintain. Instability in the Gulf states would have world-wide ripple effects, particularly in energy markets. Shiites have protested the Saudi execution of al-Nimr in nearly every country in which they reside.
The absence of US leadership in trying to settle this crisis and the behavior of the leaders involved indicate the old architecture is crumbling. New power arrangements may be emerging.