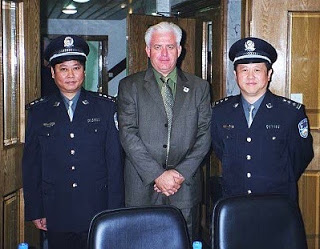 Facebook
Twitter
Pinterest
WhatsApp
The Chinese Stock Market’s tumble this week caused US Markets to fall as well.  The Chinese stock market is a casino for young, affluent, Chinese professionals and does not reflect the national economy as closely as it would in the USA. But, moving on…

(The Economist) The CSI 300, an index of the country’s biggest stocks, fell by 7%, the worst-ever start to a year for Chinese markets. Small-cap stocks fared even worse, many falling by the daily maximum of 10%. Monday was the first day of operation for new “circuit breakers”—automatic 15-minute pauses in trading whenever the CSI 300 swings up or down by 5%. These are intended to restore calm when the markets are in a frenzy. No such luck: less than ten minutes after trading resumed following the first such pause, the index fell by another two percentage points. That triggered another circuit breaker, prompting a suspension in trading for the remainder of the day.

The Chinese economy has been a house of cards for the last century. Even when it had its coming out party with Pres. Richard Nixon, things were slippery. There was a time when I was considered to be an expert on China. In those days I taught classes at the People’s Public Security University in Bejing and elsewhere (Changsha, Shanghai, etc.).

Anyway, I still have friends there. We talk.

Everybody expects that China will need to correct itself. China will just go on being China. To expect other than that is to expect too much.

There is nonsense afoot these days that China is a communist country.

Don’t get me wrong if you are in China they will tell you that they’re communists. It’s bunk. 95% of all businesses in China are privately owned and Chinese are and have ALWAYS been rampant capitalists at heart. It’s a one-party system with an oligarchy based on raw power…not unlike Russia. Some would maintain that not unlike the USA these days. The Chinese government grabs private property without just cause and people protest in Guangzhou. The US government machinates to grab private property in Oregon and people protest. Their government isn’t clean. Neither is our Bureau of Land Management.
(begin rant) The rules that govern mankind have not changed from day one, as near as I can tell. In a state of nature the biggest toughest guy knocks you over the head and takes your possessions and rapes the women. It caused us to create nation states where a bunch of tough guys come together and do the same thing to the toughest guy standing alone.
There is no “social contract”. All of human civilization, all of it (religion, government, arts, commerce, science, architecture) was built on greed, envy, hate, lust, pride, vanity, fear, and vengeance. That’s who we are. And the Chinese understand this more clearly than do  many ‘progressive’ Westerners. (end rant)
China is capable of enduring unimaginable suffering. There are as many homeless people in China today as there are people in the US. (See Floating Population) Keeping China from balkanizing is the principle role of the People’s Liberation Army. If it wasn’t there to kill the leadership, Shanghai and Guangzhou would leave the PRC tomorrow. Trust me on this. There are four young men for every young woman in China — talk about social pressure, and on-and on-and on. They are problems that the Americans can’t even fathom.
The moves toward building islands in the Pacific to secure what China considers to be it’s maritime territory are about oil, and prestige. It wants aircraft carriers because the great power (USA) has them. If you were to ask the Chinese leadership why it wanted aircraft carriers, and if they were drunk, that’s what they’d tell you.
So China is never what it appears to be – even to the Chinese. Understanding China requires that you understand chameleons making love. And if you get it, you’ve been in China too long.
If you owe somebody $30.00, you’re a debtor, if you owe them $3.5 trillion, you’re an ally. That’s the situation that the US finds itself in, with it’s fist around the Chinese gonads. In China you produce products in local currency (RMB) and you sell in dollars. That’s not national sovereignty. It’s a recipe for trouble until you can get your act together. And the Chinese will — in time — as it the Chinese way.
Some mandarins declare that the $3.5 trillion in foreign exchange (FOREX) reserves will be depleted within 3-5 years*.

*According to the People’s Bank of China, its foreign-exchange reserves declined by $87.22 billion from a month earlier to $3.438 trillion at the end of November 2015.

That notwithstanding, you can never count out China.

The Chinese (as with all Asians that I met in Asia) are racists down to their core. All of them that I knew were shocked when we elected an American African to be president. One Chinese (thug) politician told me that he’d steal everything that wasn’t bolted to the floor and shat where he ate. I could go on, but the description of what he thought we were in for was not flattering. I thought to my self at the time that it might not be THAT bad. I was wrong.