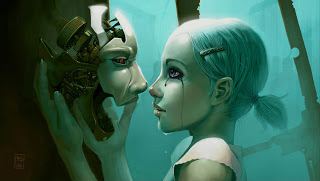 Nothing is more powerful than an idea whose time has come. Those ideas often become part of the larger culture.  Culture is best defined by the art and literature that it produces. Art that is collaborative in nature sometimes takes on a very unique flavor because it requires teamwork. The group “Walk off the Earth” has five musicians playing one guitar.
Having spent some time in Korea, I found that the Korean people were often confused by the cultural exports from the United States that they felt compelled to reconcile as a society. Gangman Style reflects one of those things that one culture has gifted another. Sort of a cancer more than culture?

Antony and the Johnsons song, Cut the World, is about women liberating themselves from men and while the music is beautiful and haunting, the message and the video is disturbing – and not just because I’m a man. Are women really that unhappy? And if they are, what does it say for the culture that we’ve all created – together.
The culture of victimization, because everyone can claim to be a victim of something or someone, is pernicious and all too prevalent.
And I conclude this blog post on culture with the top five most viewed YouTube videos of all time – without further comment.