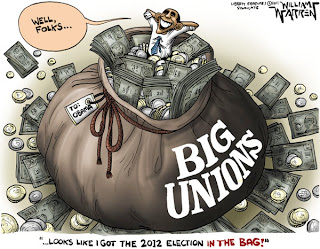 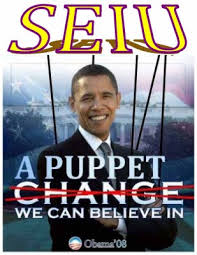 There is a movement afoot, primarily in President Barack Obama’s home state, Illinois, to bail out public employee pensions, which are underwater to the tune of $167 billion. In order to sell the deal to Congress, those in favor of bailing out ailing Illinois want to bail out every public pension system in America which is in debt and unable to clear that debt.

The conservative policy group estimates the total amount of under-funded pension liabilities in all fifty states is at least $2.5 trillion, with Illinois leading the nation.

The basic plan floated by Governor Quinn (D-IL) would be for the federal government to rescue the pension program through buying the state’s bonds, which critics say are too financially risky to attract investors.
Quinn said after announcing the budget that seeking the federal guarantee was only a precaution, then later called the related wording a “drafting error,” according the non-partisan Citizens Against Government Waste, which nevertheless gave the governor its September 2012 “Porker of the Month” award. (Fox News) 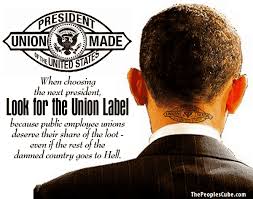 The logic runs this way from the Illinois perspective: The US Government can print money (technically the Federal Reserve manages this but I’m not putting too fine of a point on it) with reckless abandon to manage its debt, but states are constrained to pay their bills. To fund this shortfall, the federal government would be required to back (essentially worthless) state bonds – which means that the US Mint would roll ink on another $2.5 trillion since China isn’t stupid enough to loan us money anymore.
The numbers are far from certain from a national perspective. An editorial last Tuesday in the Chicago Tribune argued that saving Illinois will “start a stampede of demands for equal treatment from other financially troubled states” with public pension debts ranging from $1 trillion to $25 trillion. So is it $1 trillion or $25 trillion? The answer is that nobody knows and nobody in the mainstream media is looking too closely because the public employee unions, including SEIU (catspaw of the Democratic Party) wants them to look the other way.
How did this happen?
Public Employee Unions use member contributions to legally contribute to the campaign of politicians who vote for their salaries. No, it’s not considered a conflict of interest. Politicians enjoy the flood of money and they are voting YOUR MONEY to pay salaries, benefits and pensions, not THEIR MONEY. Politicians encumber future generations to stay in the union’s pocket.

The Democratic Party’s strategy for 2012 is really very easy. They simply have to put fear into the hearts of the American people that their gravy train will go off the tracks if they elect a Republican Administration that will oppose these practices. And when you look at the polling numbers, their strategy is working very well.
California Responds

Proposition 32, the “Paycheck Protection” Initiative, is on the November 6, 2012 ballot in California as a public initiative measure.

If approved by the voting public, Proposition 32 will:

If Proposition 32 passes, it will gut the Union’s abilities to buy their paychecks by ‘legally’ bribing the politicians that vote for those increases. It will not address the out-of-balance debts that previous politicians encumbered for the citizens. However, it’s a step in the right direction.