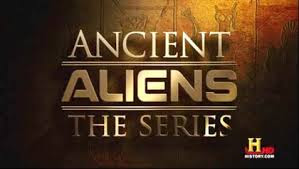 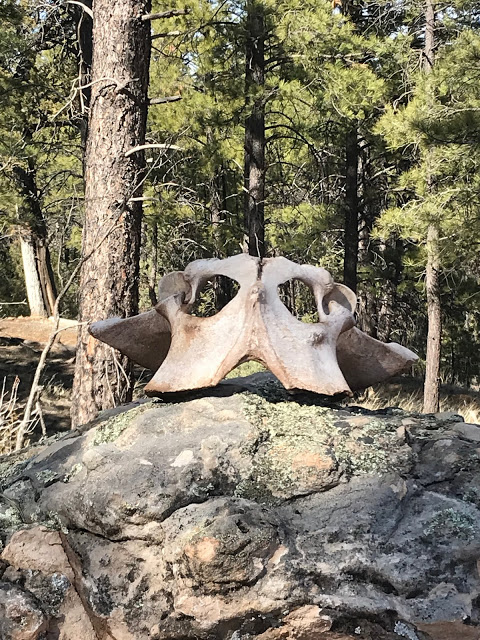 Ancient Alien theorists ask whether this skull, found in a remote location on Arizona’s Mogollon Rim, could be the remains of a visitor from outer space. Could it be the first reliable evidence of intelligent life from beyond the Solar System? 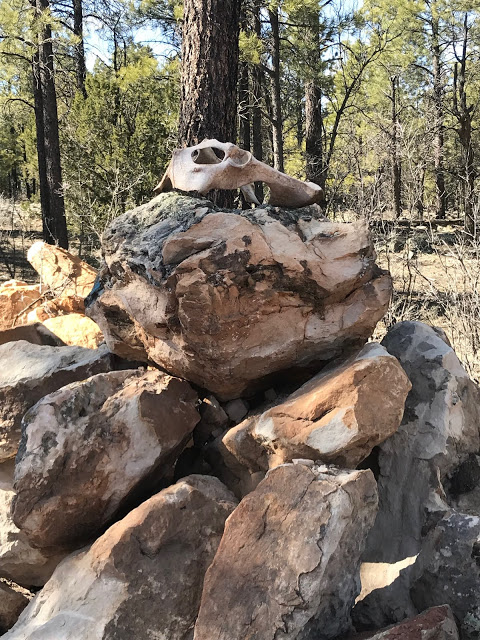 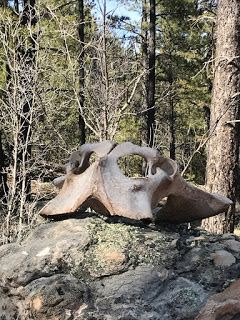 Resting atop a pile of rocks at the White Wolf Mine, the decapitated remains serve as a trophy to the intrepid hunter who found the possible landing site of the spacecraft, and the grizzly skull.
It’s not a blurred photo of Bigfoot. It’s not a smeared photo of a flying saucer taken by a drunk hippie on a rural road. It’s a skull with other than human DNA.
Was this individual offered as a form of ritual sacrifice to the White Wolf? If so, yes, it is accepted in the spirit in which it was given?