Proxy Wars in the Middle East 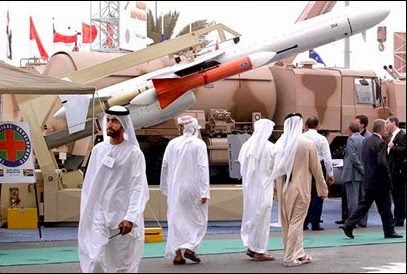 Facebook
Twitter
Pinterest
WhatsApp
The leader of the Western and Gulf Arab-backed Free Syrian Army (FSA) has been sacked and replaced by a more experienced field commander. Colonel Abd al-Ilah al-Bashir will succeed Brigadier General Salim Idriss as chief-of-staff of the FSA’s Supreme Military Council.
Along with the collapse of talks in Geneva, the removal of Idriss signifies the failure of US policy at almost every level. No parties profess to trust the US. The vote to remove Idriss signifies the rejection of US influence.

The indicators point towards a strategic shift in which Russia and Iran now stand against Saudi Arabia and its Arab allies as the principle antagonists. The US might be working covertly to support Saudi Arabia, but the Saudis have the lead. That pretty much means their side will fail. The Russians and Iranians have more experience and success in fighting proxy wars.
For now, the US is on the sidelines in the Middle East. The US administration has alienated all its historic allies; lost influence in Egypt, Tunisia and Syria; and has made dubious promises to Jordan which now is in danger of becoming a front line state, like Lebanon.
The Saudis are intent on acquiring and eventually deploying more advanced weapons systems, but the people themselves have a small talent for warfare, preferring to hire the work done.

And where is America?