Is the Obama Spending Freeze a SCAM? 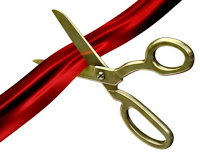 Facebook
Twitter
Pinterest
WhatsApp
The American people have to balance their budget every single day — or go bankrupt. I don’t think that there is a single person who will read this who doesn’t feel as though they’d be able to spend more money on NEEDFUL THINGS if only they had it.
Sadly, the people don’t have the authority to print money, nor do they have the capacity to borrow money beyond their ability to repay those debts.

The Obama Spending Freeze in 2011 is a joke designed to pacify and lull the American public into believing the it will have any significant impact at all on our serious budget problem. Obama also knows that the way out is for the government reform on entitlement programs like Social Security and to  raise taxes for both the rich and the middle class. The poor don’t pay taxes in America. Until that happens, the Chinese will have to continue to buy US Treasury bonds because they have no choice. If the Chinese stopped buying our near worthless paper,  the RMB (Chinese currency) would appreciate sharply and damage their exports and the growth that props up the government there.
Obama won’t ever get up and read from his teleprompter and tell the American people that whether the Chinese like it or not, for the time being they will have to fund the United States.
We are being sold a bill of goods and we need to fix the problem and reduce entitlement spending because THAT is the problem and everyone knows it. They just don’t want to say it because it’s unpopular. People like money for nothing/chicks for free.