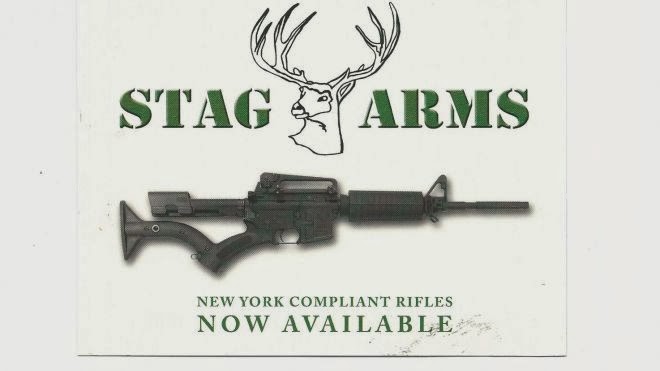 Facebook
Twitter
Pinterest
WhatsApp
NEW YORK STATE OF MIND
Now those opposed to “assault rifles” should be happy. Stag Arms has taken their suggestions and now has a new, compliant rifle for sale in New York. This isn’t a joke. They are actually making and selling them for $1,000 each.

BATTLE OF THE FIRST LADIES?

What if Michelle Obama decided to run against Hillary Clinton for the Democratic Party nomination for President of the United States in 2016? Both have similar if not equal credentials (both are lawyers), both are women, both are mean and vindictive, both like to wear the pants in the family, but Michelle may have the edge because she’s a negro. Who would win over the heart of the nation?
I can hear the chants now: Return (an) Obama to office! Eight more years of Obama!! By that time, Obama’s daughters would approaching an age when they could run for President (with a little tinkering with the Constitutionally mandated age). Obama’s daughters could end up as America’s Kim Jung Uns.
And thinking of Kim Jung Un, the fat little boy king of North Korea, when will he stop pursuing his nuclear ambitions and calmly go back to shooting free throws with Dennis Rodman, or maybe just shooting more members of his own immediate family?
THE LATEST HITLER VIDEO
What would Hitler think of his legacy if he watched all of the Hitler videos circulating on YouTube?

“Something happened because none of the things he promised . . . transparency, a government that would reconsider the war on terror and these programs . . . none of that happened, none of it,” said Stone, according to Infowars.com. “The man stunned us with a lack of spine.”

For one time in history, the extreme left agrees with conservatives on something.