Pragmatism in US Foreign Relations 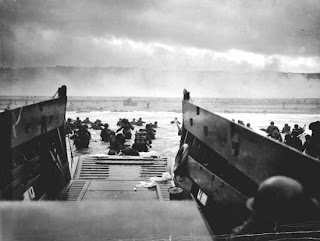 The bedrock of sound foreign policy should be one of comprehensive pragmatism rather than utopian hopes. Our Founding Fathers understood clearly that good government was founded on a “sly understanding of men’s passions.”

As the Cold War drew to a close a furious debate spun up in intellectual circles as to the nature of the emerging world order. Today we understand that the world has become a more difficult and in some ways more dangerous place. Whether it was due to the “clash of civilizations” or the continuation for the Hegelian struggle for recognition, Samuel P. Huntington was accurate in his assessment that “the moment of euphoria at the end of the Cold War generated an illusion of harmony, which was soon revealed to be exactly that.”

The Obama Administration’s idealistic whimsy as a methodology for foreign policy is a disaster now realized that will continue to deteriorate so long as the principal actors in the Executive and Legislative Branches of government are in office, wielding power.
America was soundly founded on a tradition of skepticism and constructive realism. The success of American Republic and capitalism is due to inherent checks against human excesses in government, and appeals to human self-interest in commerce. The Founding Fathers were sober realists who possessed a rather grim perspective on the human condition. The dour restraints on the new republic reflected not only their own political experiences but also their devotion to the works of Hobbes.

The dark forces of human nature that lie just beneath the veneer of civilization compels us to look not to the morality of intent but the morality of consequence. The pursuit of self-interest is not so much the advocacy of national aggrandizement but the realization of our own limits accompanied by an analysis of the consequences of failure. When we consider US foreign policy, we need to place a premium on self-preservation as opposed to sacrifice, public virtue over private virtue, pride in achievements over humility. It is a continuous exercise in realism that accepts the universality of human nature yet acknowledges the various wavelengths of morality that serve to contain it. Individual moral perfection and a utopian state of man, while the grist of academic discussion must be set aside for the practical realities of the world that surrounds us.

Machiavelli wrote, “Anyone wishing to see what is to be must consider what has been: all the things of this world in every era have their counterparts in ancient times.” (The Prince)

The leaders of the American nation are not students of history, unless that history covers the failed disasters that are utopian socialism and Marxism. They work fine in the classroom but not in the harsh world we as a nation are forced to live in. They need to school themselves in order to understand not only what they must do, but why they need to do it.

Realism and Idealism are polar opposites, often defining the conflicts we see in our political system.* Realism defines human nature as inherently bringing about conflict. All people act on self-interest as their motivating factor. Both Madison and Hamilton believed in realism and used its tenets as principles in crafting our Constitutional government. When we founder in our foreign affairs, it is because the administration rejects this completely.

* A Conflict of Visions by Thomas Sowell –and– Warrior Politics: Why Leadership Demands a Pagan Ethos by Robert Kaplan