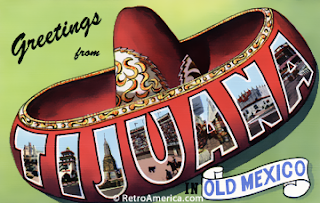 Most of you don’t realize that there is (yet another) major cartel war situation in Mexico.

For those of us who sit on the sidelines, eat popcorn, cast runes, read tea leaves and take notes, the Guadalajara Cartel (CJNG) and allied cartels including the Beltran Leyva Cartel, and what’s left of the Arellano-Felix (Tijuana) Cartel and the Juarez Cartel have vowed to wipe the Sinaloa Cartel (once led by the famous Chapo Guzman) from the face of the Earth. Naturally, when that happens,  the death toll soars. To be fair, those sorts of wars are common. You shouldn’t beat yourself up for having an out-of-date score card.

I’ve explained how drug cartels actually work here on this blog a few times, and there’s no need to do it again. They are not the same as the street gangs (some territorial, some not) that people are more familiar with. They have moved from positions of just being hoodlums to setting national policy for countries, and owning leaders. In a real sense, they are more than underground empires. They are nations. Aren’t they President Pena Nieto?

The US has an insatiable appetite for narcotics and the Mexican drug cartels are dedicated to supplying those addictions at stable prices. (The Cartel exists to control street pricing by the hundreds of owner-operators who confederated to form ‘the cartel’ in the first place). 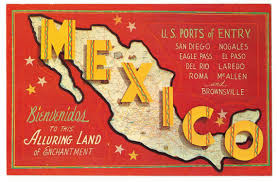 I don’t care what you may have been told by members of the corrupt, smug, elite, lying mainstream media, the WALL on the US Mexican Border will help reduce cross-border narcotrafficking. It will also all but eliminate illegal aliens (from all over – but primarily from Central and South America with a smattering of Mexicans) from entering the US.

Since the progressive movement and their proxies in the smug, elite, lying, corrupt mainstream media hate the idea of a WALL, that must mean that it’s a very good idea.

The cartel wars are certainly thinning the ranks of the narcos — but there seem to be an endless supply of them, “thinning” notwithstanding.

Social Dysfunction always seems to foster the development of cults. (See: The Cult at the End of the World, by my good friend Dave Kaplan) The Japanese Aum Shinrikyo cult in the mid-1990’s was a spin off from social dysfunction. Dave, an expert on the subject, and I disagree to the extent to which that is the case, so, Dave, if you’re reading this, grant me a mulligan because it’s my blog.

The whole Latin American day-of-the-dead obsession seems to lay at the general foundation of Santa Muerte. Blend that with narcoterrorism and it becomes a genuine cult. Santa Muerte is mentioned in my books, Bloody Mexico and The Old Whore. This isn’t a plug for my writing, just a footnote.

Traditional Mexico is a Catholic country, but that’s changing very quickly as the “Saint of Death” and the Santa Muerte cult has supplanted traditional faith. It’s that same cant of evil that propels MS-13 (a Salvadorian gang, not a Mexican gang — but the same saint) to hack babies to death with machetes as sacrifices to their beloved Satanic majesty.

I asked a narco, heavy into the Santa Muerte cult, why he practiced as he did. The answer was predictable, “the Virgin of Guadalupe” didn’t offer me money and power. Santa Muerte does. In fact, that’s all it does. He said that he didn’t practice human sacrifice to Santa Muerte, but it’s commonly known that when you do that, it enhances your power.

Some people marvel at the change in the violence level in Mexico. Whether Santa Muerte is the cause or the effect is unclear to me.

There is a movement that is gaining momentum in Mexico to have Santa Muerte (not a real person, just a symbol of evil) accepted by the Catholic Church. There’s been a lot of push-back from SOME Catholic leaders. Others, like the Archbishop of Morelia (Michoacan) are not so sure. Bishop Alberto Suarez and his successor, Carlos Garfias have a lot to answer for when it comes to supporting and defending narcotraffickers. 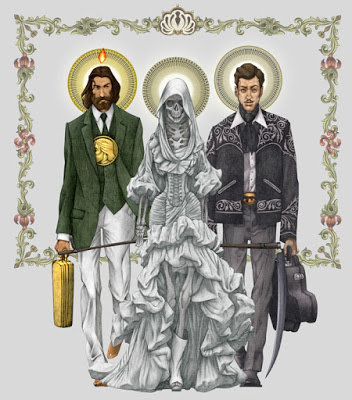