SoccerChicks with Sticks in Iran 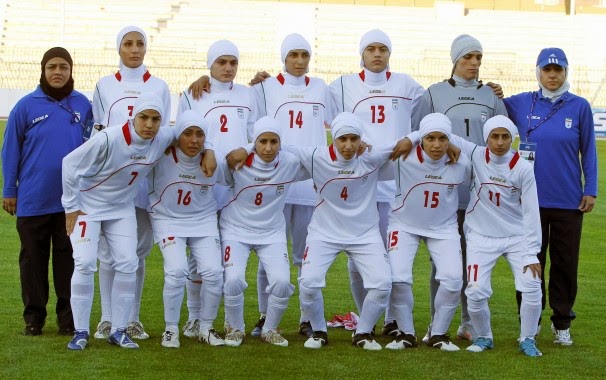 Facebook
Twitter
Pinterest
WhatsApp
The Ayatollah Khomeini believed in Sex-Change Operations. He even declared a Fatwa stating his approval. If you want to be queer in Iran, they want you to do the full monty — apparently. But how does this square with professional sports? From the report below, it would seem that the Iranians are fielding professional soccer teams made up at least partially of men who have made the change. I never suspected that Iran was that “progressive”. It’s no wonder that President Obama is encouraging them to develop nuclear weapons.

You still have to be a man to get into the stadium to watch the women’s soccer teams play. Women are excluded unless they’re playing on the field. It is a bit like a college fraternity’s female mud wrestling night where girlfriends are discouraged from showing up. Except in Iran, if the girlfriends show up, they’re killed. Different countries, different customs.

(The Telegraph UK) Footballers in Iran’s professional women’s league are to undergo mandatory gender tests to establish that they are fully female.

The country’s football governing body is bringing in the random checks after it was revealed that several leading players – including four in the national women’s team – were either men who had not completed sex change operations, or were suffering from sexual development disorders.

Gender change operations are legal in Iran according to a fatwa – or religious ruling – pronounced by the late Ayatollah Ruhollah Khomeini, spiritual leader of the 1979 Islamic revolution. The law contrasts with the strict rules governing sexual morality under the country’s Sharia legal code, which forbids homosexuality and pre-marital sex.

Medical examiners will turn up unannounced at training sessions of teams playing in Iran’s women’s premier league, as well as those playing in the indoor league, known as footsal. 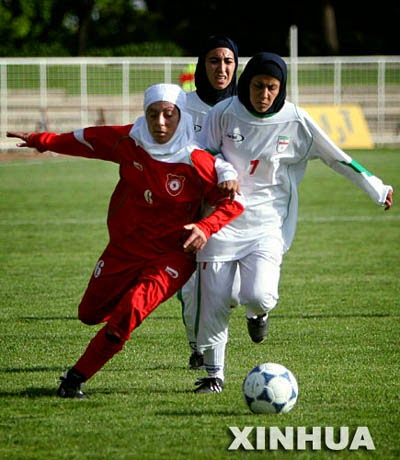 Ahmad Hashemian, head of the Iranian football federation’s medical committee, said the clubs themselves were now obliged to carry out medical examinations to establish the gender of their players before signing them on contracts.

Those unable to prove they are female would be barred from taking part in the women’s leagues until they underwent medical treatment, he said.

“If these people can solve their problems through surgery and be in a position to receive the necessary medical qualifications, they will then be able to participate in [women’s] football,” Mr Hashemian, a qualified doctor, said in remarks quoted by IRNA, the state news agency.

Sex changes are commonly carried out in phases in Iran, with the full procedure taking up to two years and including hormone therapy before the full gender transformation is completed.

Seven players have already had their contracts terminated under the federation’s gender test directive, according to IRNA.

Concerns about the sexuality of some players are believed to have been first raised four years ago when one women’s team voiced suspicions about an opposition goalkeeper.